Starc is currently the most successful bowler in the pink-ball Test cricket. 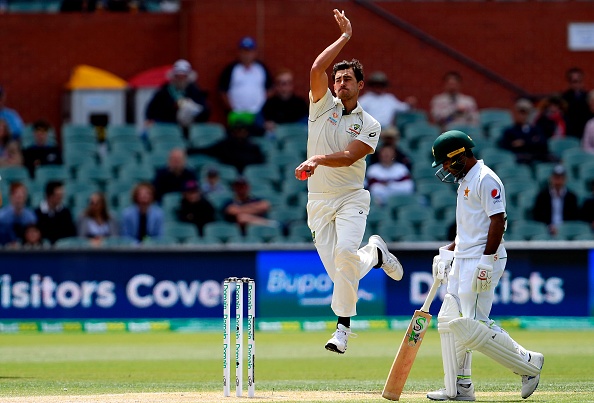 Australia pacer Pat Cummins heaped praise on his fellow speedster Mitchell Starc for his mastery over the pink ball, as the veteran Test bowler has turned out to be a nightmare for the Pakistan batters under the lights in the ongoing second and final Test at the Adelaide Oval.

In the ongoing home series, Starc was seen at his very best devastating mode with the ball, as he picked up four Pakistan wickets on Day 2 of the ongoing Adelaide Test and then went for three more scalps on Sunday (1 December) after having finished with 7 wickets in Brisbane, as Australia inched closer towards an innings win in the ongoing Day-Nigh Test to clinch the Test series 2-0.

The left-armer’s 7 scalps in the ongoing Adelaide game took his overall pink ball wickets tally to 33 to make him the most prolific bowler in the short history of day-night Tests.

Read Also: Mitchell Starc motivates himself with a message on his wrist band

Cummins told cricket.com.au, “Even last night under lights when I was bowling it didn't feel like there was much sideways movement. And he was tearing in and got four wickets out of nowhere.”

The paceman continued, “He's someone who just looks to be at the top of his game at the moment. He's played a few Shield games and been a class above there so it's great that he's transferred that over here and we saw at the Gabba (in the first Test) how effective he was as well.”

Meanwhile, Starc was overlooked for the successful Ashes 2019, played only match in the five-Test series in England, Cummins said he has responded to the disappointment of his Ashes campaign with this "super impressive" show in the longest format of the game.

The bowler continued, “It's one of the reasons we love having Starcy on our side. He's a brilliant guy to have around, whether he's playing or not. Over in the Ashes, nine people out of 10 would have thought he was going to be playing and he wasn't.”

Cummins signed off by saying, “But to his credit, he was great around the team, worked super hard out in the nets every morning trying to make a few tweaks and he's reaping the rewards here. He's earned his spot well and truly in Shield cricket. Whenever he's bowled in the past few weeks, he's looked a class above. He's brilliant.” 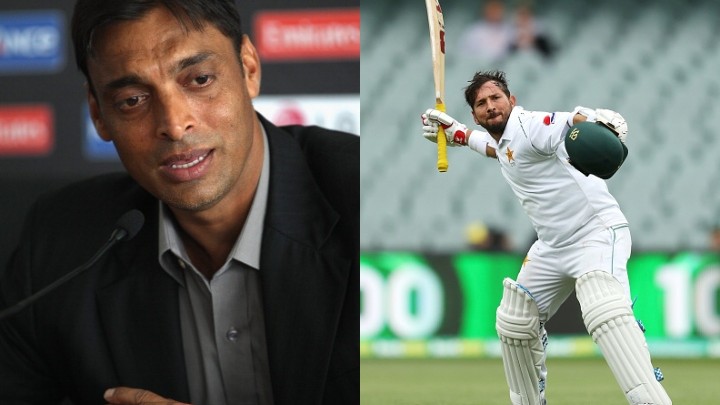 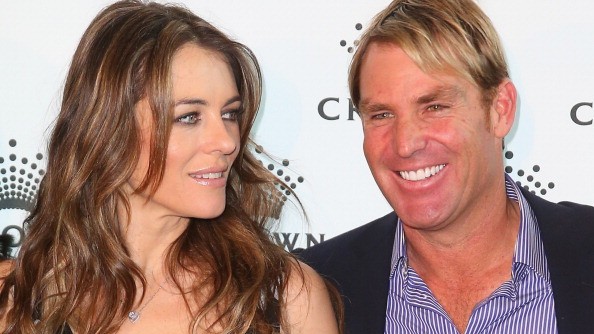 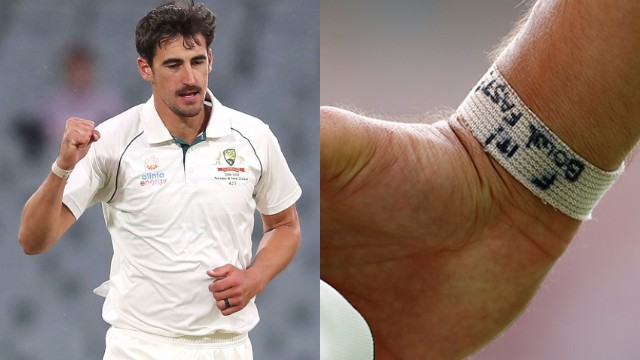 AUS v PAK 2019: Mitchell Starc motivates himself with a nice message on his wrist band