The 10 icons inducted as part of the special edition voted for by ICC Hall of Fame Voting Academy. The International Cricket Council (ICC) on Sunday (June 13) announced a special edition intake of 10 cricket icons of the game, including India’s Vinoo Mankad, into the ICC Hall of Fame to celebrate the prestigious history of Test cricket and to coincide with the first-ever ICC World Test Championship final.

The ICC on Sunday inducted 10 icons of the game, including India’s Vinoo Mankad, into its illustrious Hall of Fame with two players each from five eras, dating back to cricket’s early days, making it to the list.

The ICC said in a statement: “The 10 legends of the game to be inducted have all made a significant contribution to the history of Test cricket, and join an illustrious list of ICC Hall of Famers, taking the total number to 103 as a result of this intake.”

After Mankad inducted into the ICC Hall of Fame on Sunday, India cricket legend Sachin Tendulkar has expressed “delight” to see the former India cricketer in the iconic list and termed the latter as “one of the finest cricketers” in the rich history of Indian cricket. Tendulkar wrote on Twitter, “Delighted to see the great Vinoo Mankad Ji being inducted into the @ICC Hall of Fame. He was one of the finest cricketers in the rich history of Indian Cricket.”

Delighted to see the great Vinoo Mankad ji being inducted into the @ICC Hall of Fame.

He was one of the finest cricketers in the rich history of Indian Cricket. ????#ICCHallOfFame https://t.co/rdYa2gR2y2

On the other hand, Sunil Gavaskar said on Mankad's induction: “Vinoo Mankad's legacy has been to tell the aspiring Indian cricketer to believe in oneself. He was a great proponent of self-belief. He was the one who kept saying to me that you need to keep scoring runs and keep at it. When you get a 100, let that be the knock on the selector's door.”

"The finest Indian left-arm spinner ever."

The great Vinoo Mankad is inducted into the #ICCHallOfFame 2021 ???? pic.twitter.com/djFdwu8GS9 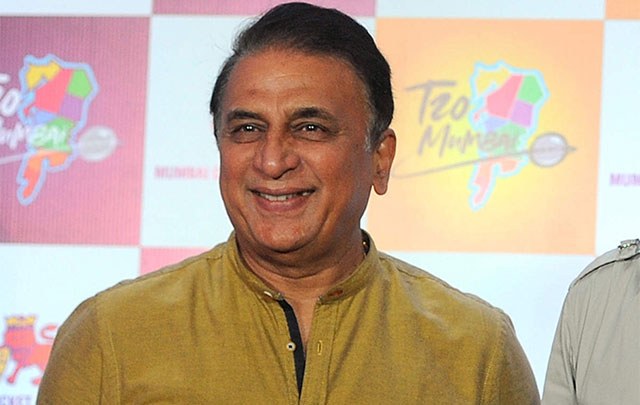 He added, “If it is unheard, then score that double hundred and let that knock be even louder. You can have the best technique, but if you do not have the temperament to support it you will not succeed, you have to keep hanging in there and have that self-belief. That was the greatest lesson I learned from him.”

One of the true legends of the game & one of the finest to have represented #TeamIndia! ????????

The opening batsman and slow left-arm orthodox bowler was famous for his historic feat against England in 1952 at Lord’s, where he scored 72 and 184 and bowled 97 overs in the match.

He is one of only three cricketers to have batted in every position during his Test career. Later, he also coached another legendary cricketer and fellow ICC Hall of Famer Gavaskar in Mumbai.

Well, the special inductions of the ICC Hall of Fame from the following five eras join the ranks of the world's greatest players. From the early cricket era till 1918, South Africa's Aubrey Faulkner, Australia's Monty Noble have been inducted into the ICC Hall of Fame.

In the inter-war era (Players whose greatest contributions to the game were from 1918-1945), West Indies' Sir Learie Constantine, Australia's Stan McCabe were inducted into the ICC Hall of Fame.

In the post-war era, England’s Ted Dexter and India’s Vinoo Mankad were inducted into the ICC Hall of Fame as the players whose greatest contributions to the game were from 1946-1970 were chosen.

Meanwhile, In the ODI era (Players whose greatest contributions to the game were from 1971-1995), West Indies' Desmond Haynes and England's Bob Willis were inducted into the ICC Hall of Fame, while Sri Lanka's Kumar Sangakkara and Zimbabwe's Andy Flower were selected from the Modern Cricket Era.