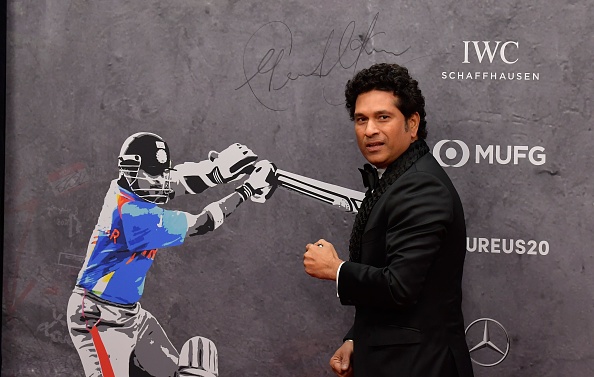 In order to improve the cricket infrastructure at the grassroots level in the West Indies, former West Indies cricketer Winston Benjamin has reached out to the legendary batter Sachin Tendulkar.

Cricket West Indies (CWI) has long been experiencing financial instability. It has impeded their ability to play cricket and led to numerous disputes between the players and the West Indies cricket authority.

The donations Benjamin is looking for don't have to be monetary; they might also be cricket gear like bats and kits, which he could give to aspiring players.

"Previously, we used to have a tournament in Sharjah where it used to be like a benefit game for players from different countries. I don't want benefit. All I want is for somebody to say 'here is some equipment' – 10-15 bats, that is good enough for me. I don't want 20000 US dollars. I just want some equipment so that I can give back to youngsters. That's all I am asking," said Benjamin on Vimal Kumar's Youtube channel.

SEE ALSO: “This is one of the best team environments I have been in”, Dinesh Karthik ahead of 4th T20I

Additionally, he thanked former India captain Mohammed Azharuddin for sending some equipment and urged Tendulkar to lend a hand.

"Mr. Tendulkar… if you are in a position, could you assist me? Hit me up," he said while sharing his phone number.

"I would like to thank my good friend Mohammad Azharuddin. He sent me some equipment over. Azhar, congratulations! And thank you so much for that assistance. Stay in touch. Anyone else who wants to contribute, feel free," concluded Benjamin. WI v IND 2022: “This is one of the best team environments I have been in”, Dinesh Karthik ahead of 4th T20I