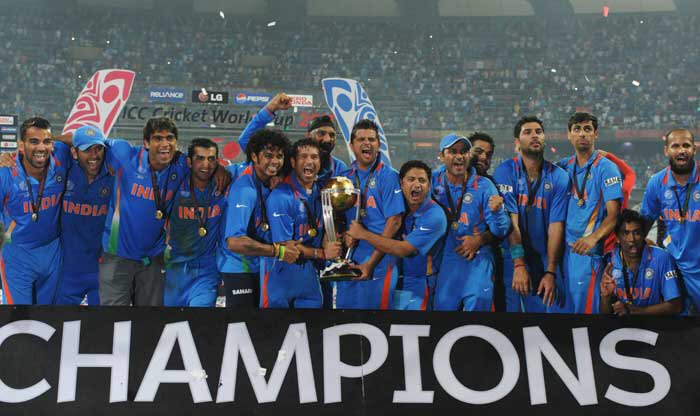 The 2011 World Cup triumph will always be etched in the memories of Indian fans.  It was India’s second World Cup win after 28 years.

As soon as skipper MS Dhoni hit the winning six off Sri Lanka pacer Nuwan Kulasekara, most of the Indian players went numb with some of them even shedding tears at the Wankhede Stadium.

Read More: Sachin Tendulkar reveals it was him who suggested MS Dhoni to bat above Yuvraj in World Cup 2011 final

On April 2, the country rejoiced the ninth anniversary of World Cup victory and former strength and mental conditioning coach of Team India, Paddy Upton, recollected the cherished moments from that successful campaign.

“The first time I really connected with the World Cup trophy coming to India was when Dhoni was walking down the steps to bat in that final, ahead of Yuvraj Singh. I turned to Gary Kirsten sitting next to me, and said ‘do you realize that Dhoni is going down those steps to fetch us the trophy?’” Upton told Timesofindia.com.

Opener Gautam Gambhir and captain Dhoni were the heroes in the final as they scored 97 and 91* respectively while chasing Sri Lanka’s stiff target of 275.

Recalling the pressure ahead of the marquee final in Mumbai, Upton said: “At that point, in 2011, no team had won a world cup playing on home soil. One reason we thought this might have been the case was due to the amount of additional home pressure on the host nation's players' shoulders. There is no bigger pressure nor fan base than (what) the Indian team have, so we knew the pressure would be immense on their shoulders.”

“So, much of our campaign was about understanding pressure, lowering it to manageable levels, and having a really good attitude towards it. Pressure is something that we create for ourselves, in our own head. We worked hard to ensure that players didn’t escalate the pressure to unmanageable levels inside their own heads. One of the many ways we did this, was to have players imagine, when they walked out onto the field to play, that they had 1 billion Indian fans walking alongside them and holding their hands in support, rather than wearing the burden of that pressure on their shoulders.”

Yuvraj Singh was awarded Player-of-the-Tournament for his stellar showing throughout the campaign. With 482 runs to his name, legendary Sachin Tendulkar was the second highest run-getter in the showpiece event whereas pacer Zaheer Khan was the joint highest wicket-taker with 21 scalps.

Besides, the likes of Virender Sehwag, Virat Kohli, Suresh Raina, Harbhajan Singh among others have also played a key role during the successful competition.

Asked to describe that squad, Paddy Upton said: “Dhoni was a strong, silent type as a leader. He led through his own performances, often taking the team to victory in high pressure situations with the bat. (He) also led by showing a calm head and demeanor during high-pressure moments. Dhoni being calm, particularly in these high-pressure moments, along with the coaching staff deliberately being calm and measured, set the tone and example for players to follow.”

“Tendulkar was a rock of stability, a wealth of experience and information, and an inspiration. He was great over that tournament, especially with the younger players, in helping them to learn from both his success and errors, rather than them having to make and learn from their own errors. Tendulkar also served as a source of inspiration to many players. Many had the additional personal goal of wanting to win the World Cup to honour Tendulkar, as an icon and role model to many players - giving him a World Cup trophy to add to his list of achievements. This was one of the only Milestones that Tendulkar hadn’t yet achieved or been part of,” he said about the batting maestro.

Commenting on Yuvraj’s unparalleled contribution, Upton asserted: “Yuvraj had been dropped from the test team about six months out from the World Cup. To his credit, instead of sulking about this, he focused on really working on his fitness and preparation for the World Cup. When he arrived at the World Cup, he was ready for it, physically, technically and especially mentally. He had spent literally every day for months imagining himself hitting the winning runs to win the World Cup for India. I think the fact that he was mentally so well prepared and focused, helped him stay in-tune with that goal, and not get distracted by his ailing health. The mind is able to overrule the body, which Yuvi displayed beautifully through his man-of-the-tournament performances.” 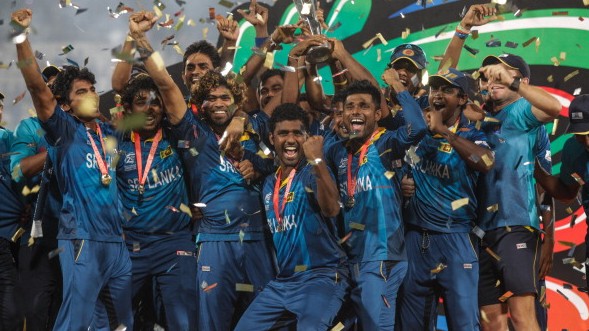