Broadcaster wants the T20 league’s finish to be extended by a week. The 13th edition of Indian Premier League (IPL), which was initially slated to start on March 29, currently remains suspended until further notice due to COVID-19 pandemic.

The BCCI, on its part, has asserted its intent to conduct the cash-rich tournament but specifics are still not known.

Meanwhile, a report published in TOI on Monday (July 20) claims that the Indian board wants the league to begin on September 26 and culminate on November 8 – a period of 44 days to host 60 games.

The report further tells that the broadcaster Star India and the franchises are not happy about this ‘constricted scheduling’.

According to industry sources, Star aims to make best use of the Diwali week in a bid to rake in advertisements in these tough times. November 14 marks the festival of light, Diwali, this year and Star wants the league’s finish to be extended by a week.

BCCI’s lack of interest for the Diwali dates has a lot to do with its commitment to Cricket Australia (CA) that India will tour Down Under later this year for a four-Test series starting December 3, for which the team would have to arrive much earlier.

“If the IPL concludes by November 8, the team can fly to Australia by the 10th, undergo Covid tests and start practice and warm-up matches so that the first Test can begin as scheduled. Also, India might want to play a day-night warm-up game ahead of the proposed day-night Test, and that will add days to the schedule,” a senior board official told TOI.

The IPL 2020 itinerary has been in discussion for a couple of weeks now and was again brought up at the apex council meeting last Friday (July 17).

The board might have formulated a tentative schedule, but the IPL governing council is yet to meet and give its final approval.

The dates are expected to be publicized soon after the International Cricket Council (ICC) officially announces the suspension of this year’s T20 World Cup, slated to be held in Australia from October 18 to November 15 as of today. 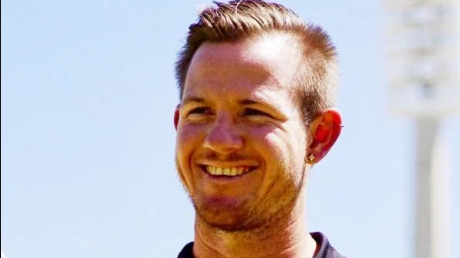 "I definitely back myself in red-ball cricket; would like to make the most of opportunities I get," says D’Arcy Short