Mushfiqur Rahim scored unbeaten 60 to take the team through in a tricky chase. 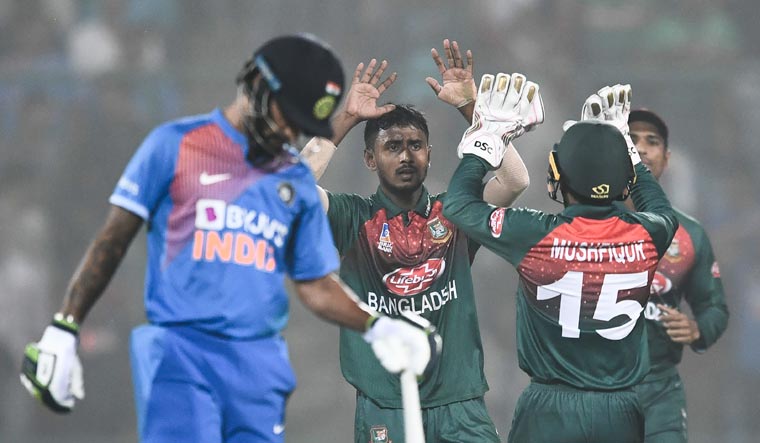 Last few days all the talk around the first T20I between India and Bangladesh has been about the poor air quality levels in Delhi. There were suggestions that the match should be rescheduled or cancelled as the pollution in the city went from bad to worse. BCCI resisted everything and ensured the match went ahead as planned.

Bangladesh captain Mahmudullah won the toss and elected to bowl first, and the bowlers delivered as India could only put up 148/6 on the board. Shikhar Dhawan top scored with 41 but it was a painstaking knock. It could have been worse for the home side, but Krunal Pandya and Washington Sundar's lusty blows towards the end took the team closer to a competitive total.

India's bowlers had to bring out something special to defend the runs but it was a very inconsistent performance from them with few good overs followed by some expensive overs. The fielding wasn't upto scratch and in one Yuzvendra Chahal over, as many as three incorrect DRS calls meant Mushfiqur Rahim could escape with some luck.

Rahim eventually remained not out on 60 and finished off the match with Mahmudullah. The 7-wicket defeat ended India's 8-match winning streak against Bangladesh. It will also no doubt be a very sweet win for Rahim who had to endure the pain of a heart-breaking defeat against India in the T20 World Cup in 2016.

BCCI President Sourav Ganguly praised both teams for battling in the tough conditions and congratulated Bangladesh for the victory.

Thank u to both the teams to play this game @ImRo45 @BCBtigers under tuff conditions .. well done bangladesh ..

Here is how the cricketing fraternity reacted after Bangladesh defeated India:

Congratulations @BCBtigers on the win. Brilliant knock from Mushfiqur. I am sure the young Indian players will learn from this experience and bounce back strongly. #IndvsBan

Well done #Bangladesh for winning the first https://t.co/KBwdhHvXNY inning from #mushfiqur But m looking forward to India’s comeback in next two #IndvsBan

I thought the two young Bangladesh spinners, Aminul Islam and Afif Hosain were excellent. Those 6 overs contributed hugely to the result.

Shocking result for us tonight against d bangladesh team. It does happen in d game but there r so many areas to look into nd improve on. Today’s game was an eye opener 4 d people who all thinks experiences can be bought in the market ???? #INDvBAN

Many narratives in that matchwining knock from Mushfiqur Rahim. Amongst other things, it will help him to somewhat exorcise the ghost of 2016????????????????. Congrats @BCBtigers .

Excellent chase by @BCBtigers. At one stage looked like they were being choked by India’s bowlers, but Mushfiqur’s experience and class came thru. Big win in shadow of Sakib controversy. India below par in batting, bowing and fielding today. 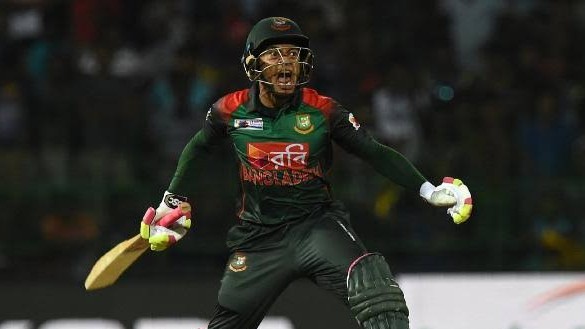 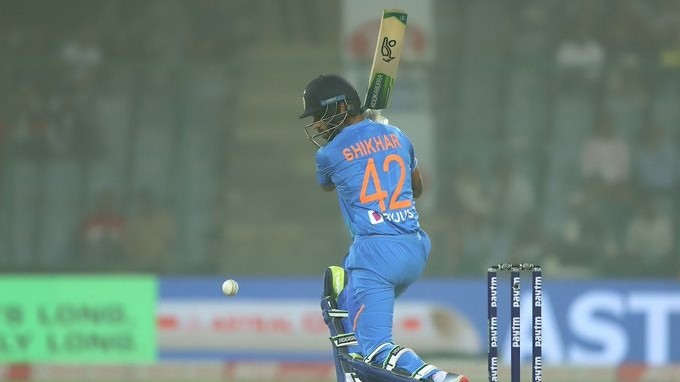 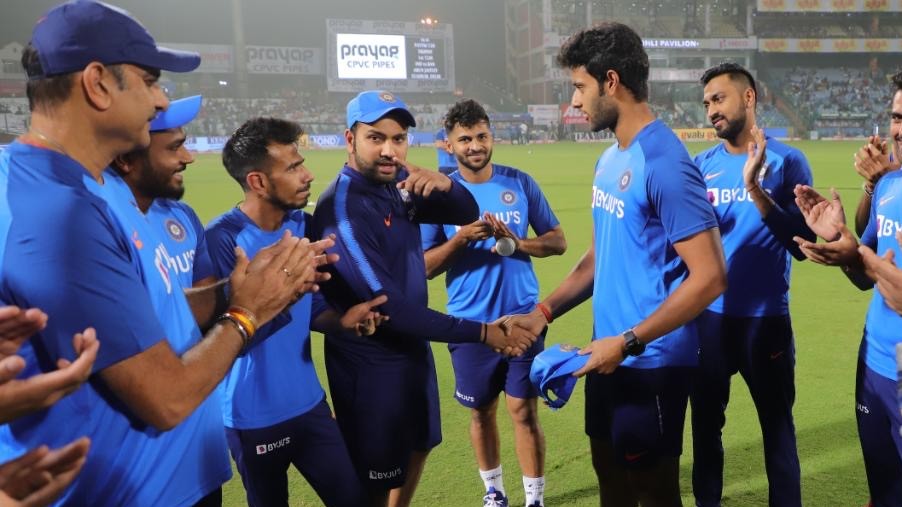