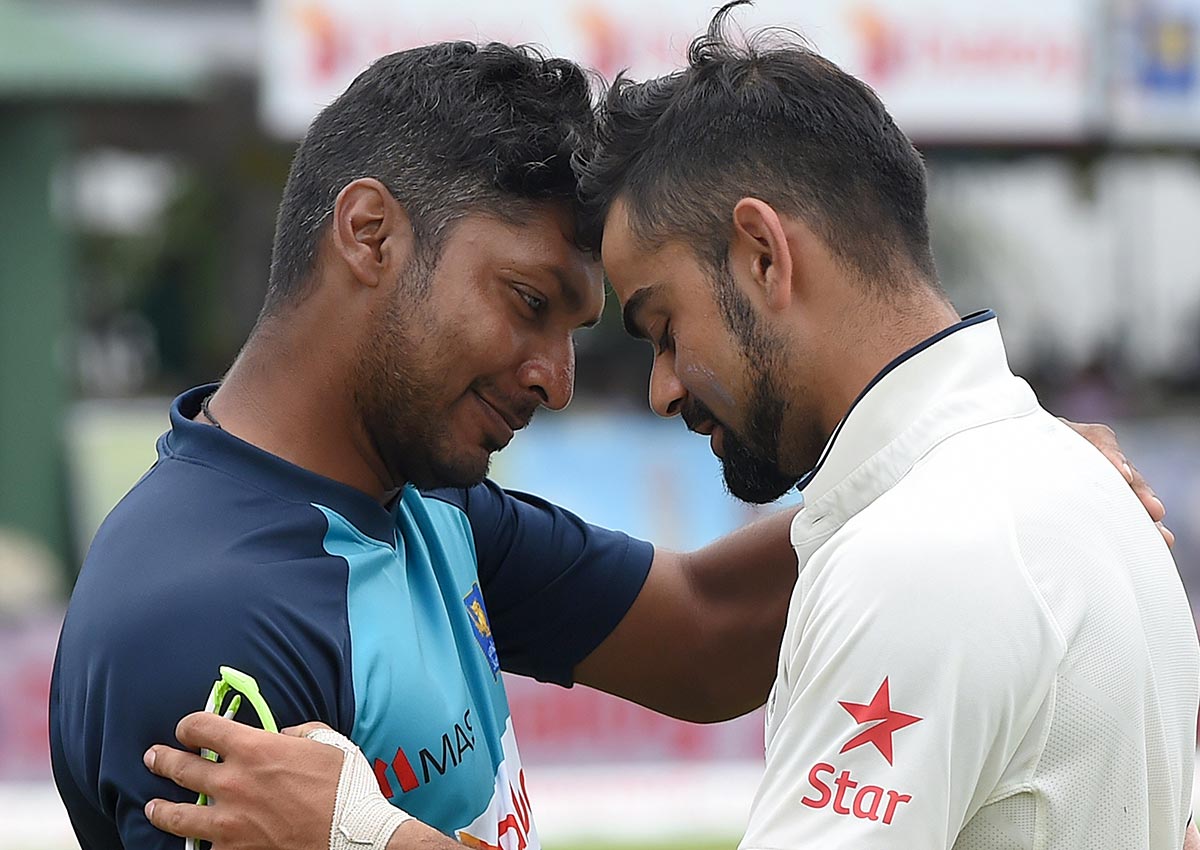 Virat Kohli played his last match of 2017 on Wednesday. Kohli had a memorable year in all three formats as he outnumbered most of his peers with the bat. Till December 6th, Kohli was the third highest run-scorer in Test cricket with 1,059 runs at 75.64 and in ODIs, he remained the best with 1,460 runs in 26 matches, at 76.84 with six centuries and seven fifties.

In the recently concluded series against Sri Lanka, Kohli started the series with a duck but ended up being the highest scorer of the series as the low score was followed by one hundred and two double hundreds. He got scores of 0, 104*, 213, 243 and 50 in the three-match series which India won by 1-0.

The Indian skipper was praised by Sri Lankan legend Kumar Sangakkara on Twitter. A Sri Lankan cricket statistician had pointed out that Kohli has fallen short of Sangakkara’s stunning record, but Kumar's response was a motivational one for Kohli.

Virat, who scored more than 600 runs in the series against Lanka could have broken a record if he had got one more half-century. He fell a little short of Sangakkara’s overall tally of 2,868 runs across formats in a calendar year by just 50 runs. Kohli ended the year 2017 with 2,818 runs.

I don’t think that will last long the way @imVkohli is batting. He will probably overtake it next year and then do it again the year after. He is a different class.

READ| IPL 2018: MS Dhoni will be back as Chennai Super Kings skipper

Kohli, after back-to-back cricket, has taken a leave from the upcoming limited overs series against Sri Lanka.

Rohit Sharma will lead the Indian team. Virat wanted to get refreshed before Indian cricket team’s tour of South Africa, which begins late December with a tour match. The first Test on the South Africa tour will begin January 5, at Cape Town.

WATCH: Ravindra Jadeja gets birthday cake smashed on his face

IPL 2018: MS Dhoni will be back as Chennai Super Kings skipper