MS Dhoni will play in the limited overs series against South Africa starting next month. 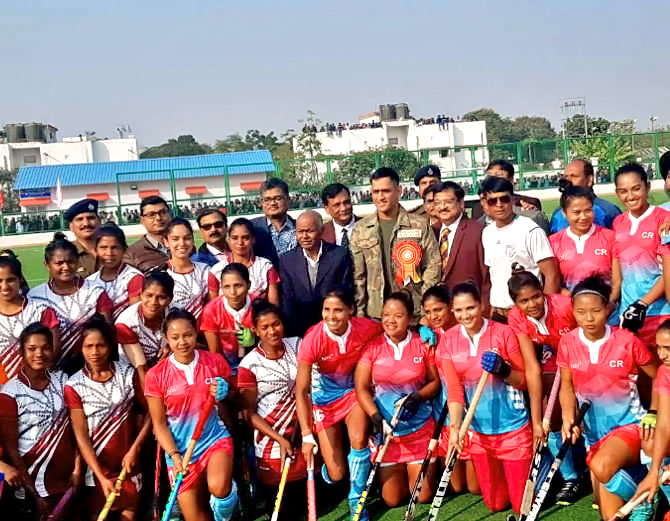 Currently on a month long break from cricket, since Team India is playing a three Tests series in South Africa, Indian wicketkeeper MS Dhoni has been spending time with family in his home in Ranchi.

Recently, he visited the Hatia Railway Hockey Stadium, where he was invited as the chief guest in the finals of the women’s hockey tournament. He was accompanied by Ranchi Railway division DRM Vijay Kumar Gupta.

The final match was played between South East Railway and Central Railway teams and the crowd went berserk as soon as Dhoni arrived at the stadium in his Hummer. Dhoni met each and every women’s teams player from both sides and posed for pictures with both teams. He spent close to an hour in the stadium and enjoyed the love of the crowd.

Here are the photos from the event, where MS Dhoni was mobbed for selfies:
(All photos courtesy Dainik Bhaskar/ Sanjay Kapardar) 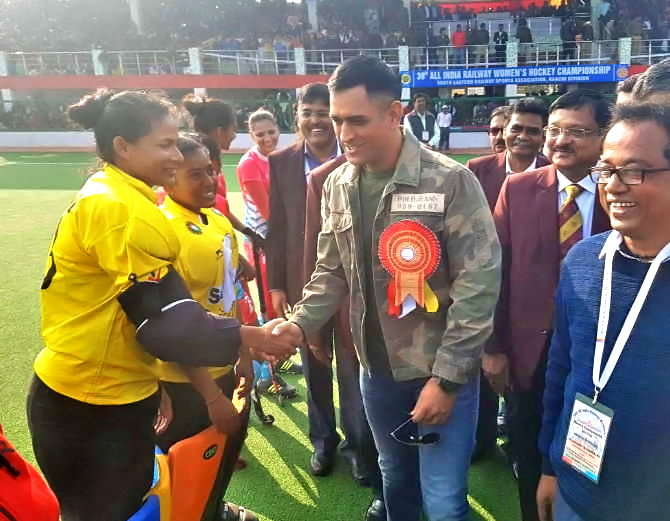 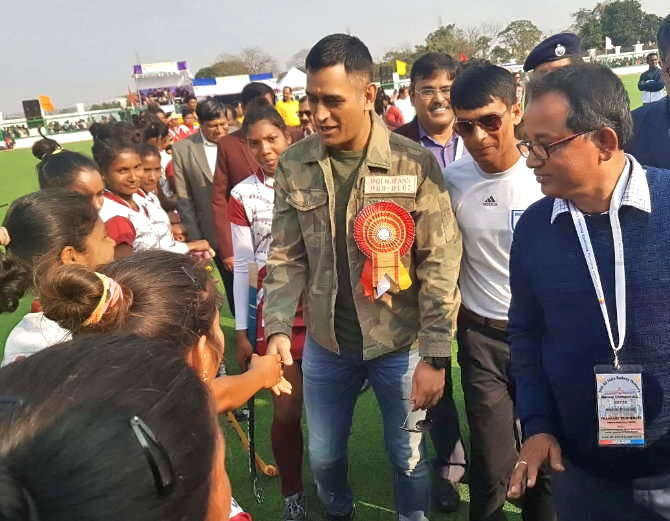 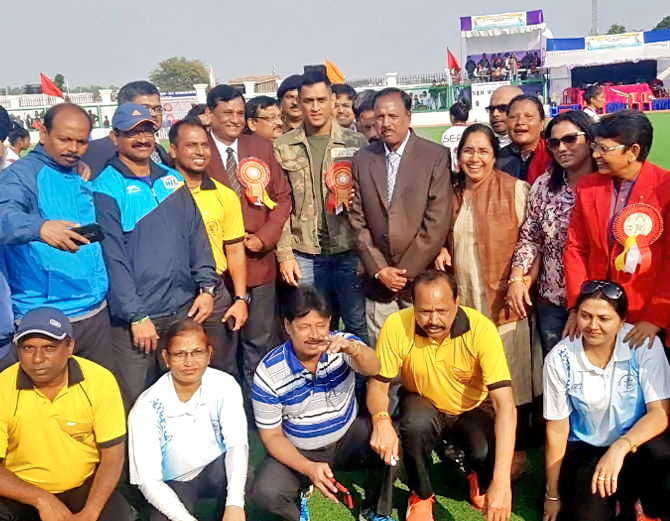 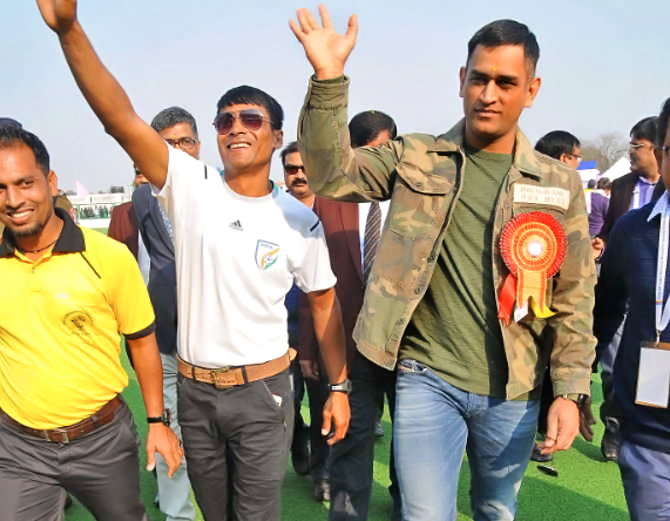 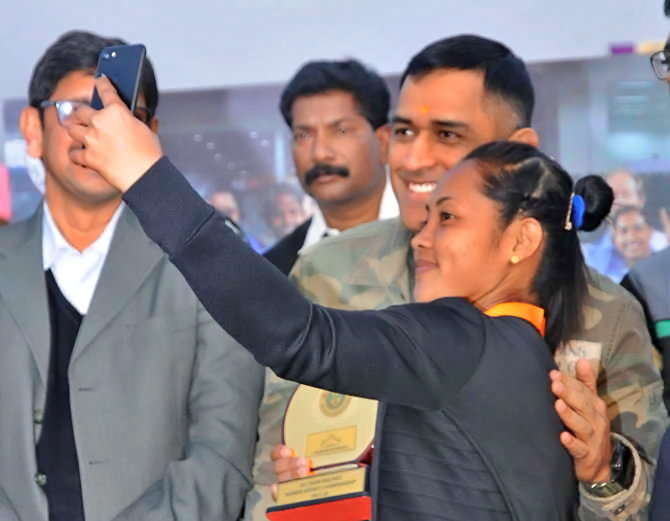 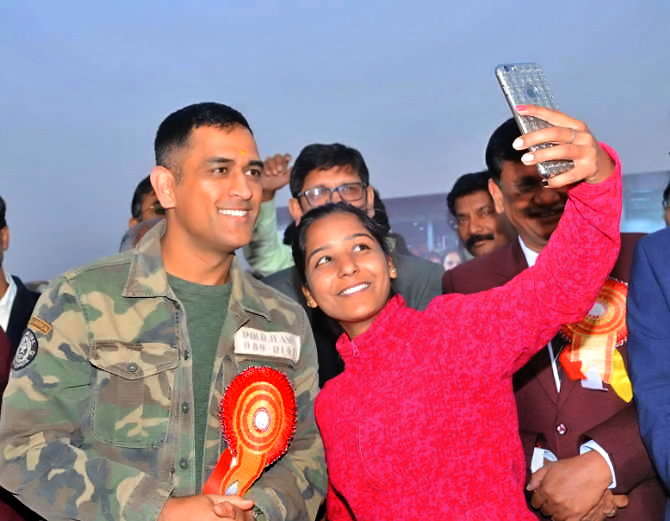 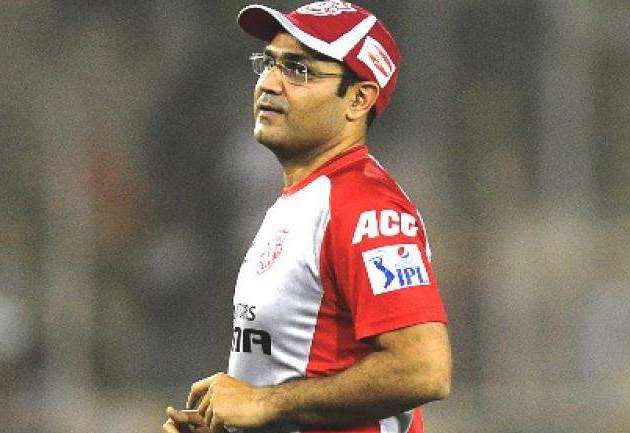 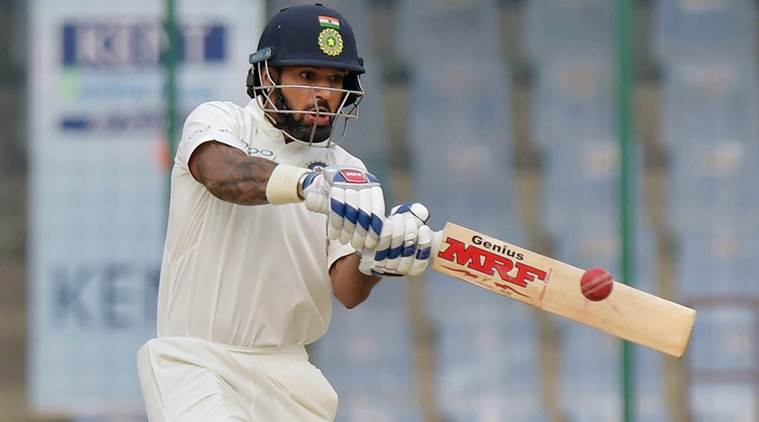 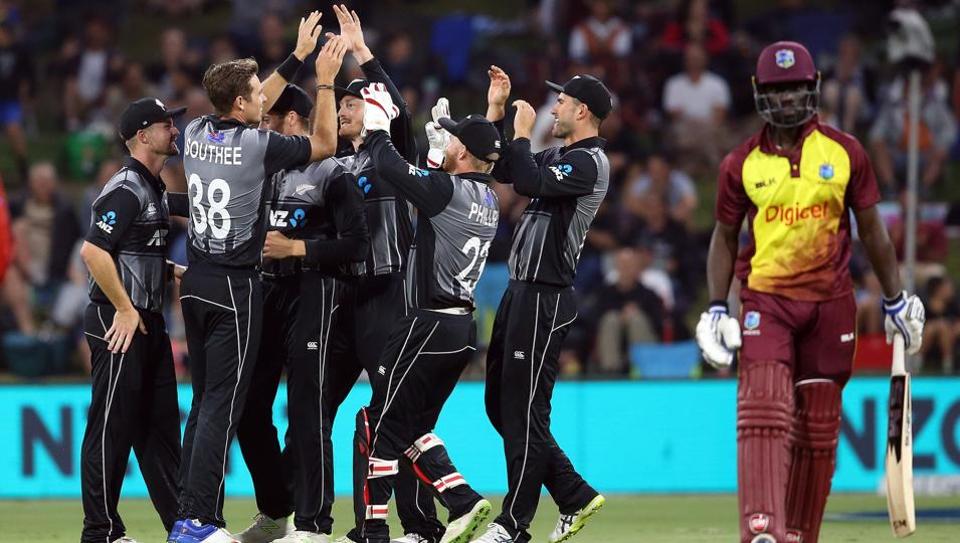