2016 In Review: The Top 5 Most Thrilling ODIs of The Year

The year 2016 did not see too many ODI games. However, the format, which is already struggling to keep itself alive, was lit up with some really nail-biting and thrilling contests throughout the year.

Here, then, is a look at five of the closest and most thrilling ODI matches of 2016. This match hardly got any audience but was easily the best of the year. In this Tri-nation series match between Sri Lanka and West Indies at Bulawayo, the Lankans batted first and scored an imposing 330-7 in their 50 overs courtesy a 94 each by Niroshan Dickwella and Kusal Mendis. In their reply, Wes Indies were in the chase because of a splendid 148 by opener Evin Lewis. They needed 10 off the last over and then three from the last three, but Nuwan Pradeep bowled excellent last three deliveries to concede just a solitary run. Sri Lanka hence won this thrilling contest by just one run. The 2nd ODI of the 5-match series between India and New Zealand turned out to be a real nail-biter. After batting first on a slow and low Delhi wicket, the Kiwis put up 242-9 on the board courtesy of a fine 118 by captain Kane Williamson. India were dodgy in their reply and kept losing wickets at regular intervals. But Kedar Jadhav and Hardik Pandya played crucial cameos of 41 and 36 respectively towards the end. With 11 required off 9 balls and two wickets in hand, Pandya played a rash stroke to hole out. This proved fatal and India folded out four runs later to lose by six runs. In the first ODI of the 3-match series between these two sides, Bangladesh posted a formidable 265 on a true Dhaka wicket primarily through opener Tamim Iqbal's 80 and Mahmudullah's 62. Afghanistan were expected to be in pressure, but they played surprisingly well and were 210-3 at one stage courtesy Rahmat Shah (71) and Hashmatullah Shahidi (72), looking to easily overhaul the target. But fast bowler Taskin Ahmed's repeated strikes broke their chase and Afghanistan fell tantalizing short of a historic win to lose by just seven runs. 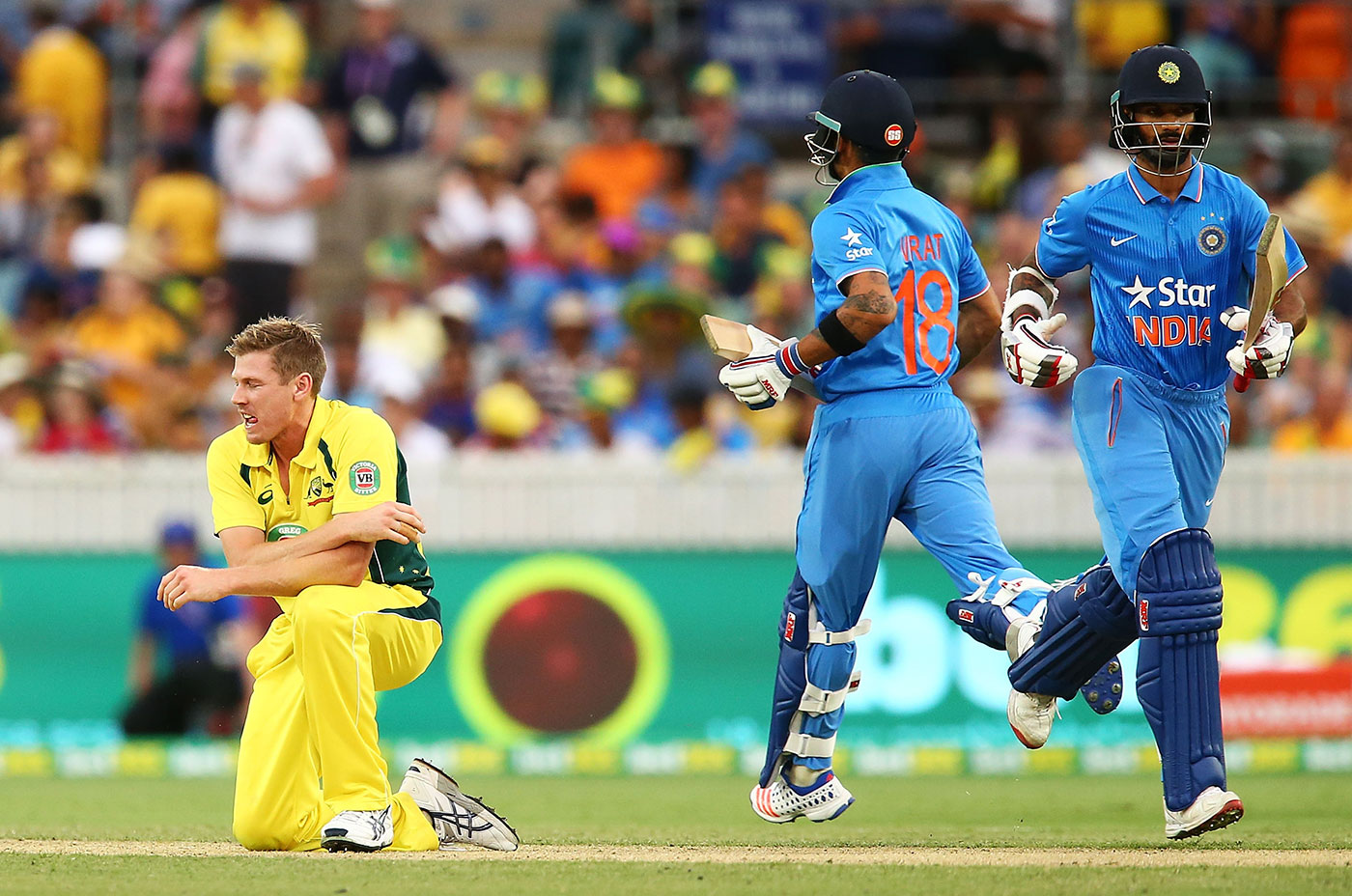 The fourth ODI of the 5-match series between India and Australia turned out to be a real unexpected thriller. After batting first, Australia scored a mammoth 348-8 through a splendid 107 by Aaron Finch and an attacking 93 by David Warner. India, already 3-0 down in the series, were not expected to get close, but Shikhar Dhawan (126) and Virat Kohli (106) stitched a remarkable 265-run partnership to take India to 277-1. However, they suffered the most dramatic of collapses and lost their last nine wickets for 45 runs to be bowled out for 323. India hence lost this incredible match by 25 runs. In what was perhaps one of the most sensational ODI matches of the year, England were asked to bat first by South Africa on a true Johannesburg pitch in the 4th ODI of the 5-match series between the two teams. Owing to Joe Root's marvelous 109, England scored 262. In their reply, South Africa, trailing 1-2 in the series, were on the mat at 210-8 in the 42nd over with no one batsman being able to score big. But then, fast bowler Chris Morris played a stunning knock of 62 off 38 balls with four sixes and three fours. Morris bludgeoned all the bowlers ruthlessly and his spectacular effort helped South Africa win the game by just one wicket.