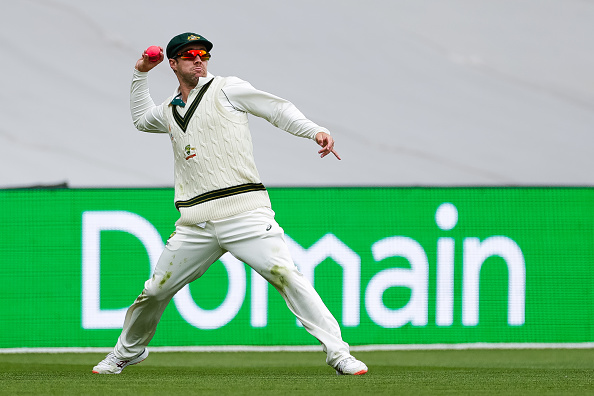 Australian batsman Travis Head is keen on making an impact in the upcoming three-match Test series against New Zealand after being an invisible man in the Adelaide Test against Pakistan.

The batting all-rounder was part of the Australia’s 2-0 victory against Pakistan in the home series, but he couldn’t contribute much in team’s success, as he could only get a chance to bat in the Brisbane Test, scoring 24 off 29 balls, but he was just invisible in the second and final Test.

In the Adelaide – Day-Night Test, Head’s gentle right-arm off-breaks weren’t required like his batting and he didn't even take a catch in the field and the left-hander was disappointed with it.

Head told reporters on Saturday, December 7, at Adelaide Airport: “Not getting a hit was a bit disappointing, I guess, after not getting much of a go in Brisbane.”

The batsman continued, “I felt like I was ready to go. The wicket looked outstanding again. It was disappointing not to be able to go out in front of the home crowd and have a hit. I'll make sure I hang around for another 12 months and get a home Test. I actually felt I fielded alright - no fumbles. So, I kept a clean slate and, touch wood, I don't stuff it up this week.”

Meanwhile, Australia are all set to play an unchanged XI in the first pink-ball Test against the Black Caps starting on December 12 in Perth and Head hopes to make the most of the opportunity despite being underprepared for the upcoming Tests, having enjoyed three days off after Pakistan series.

Head signed off by saying, “I guess the luxury of facing our fast bowlers in the nets, - there's probably no better fast bowling group in the world at the moment. I'll be tested (over the next few days), I'll make sure I get through that and make sure I prepare well and am ready to go.”