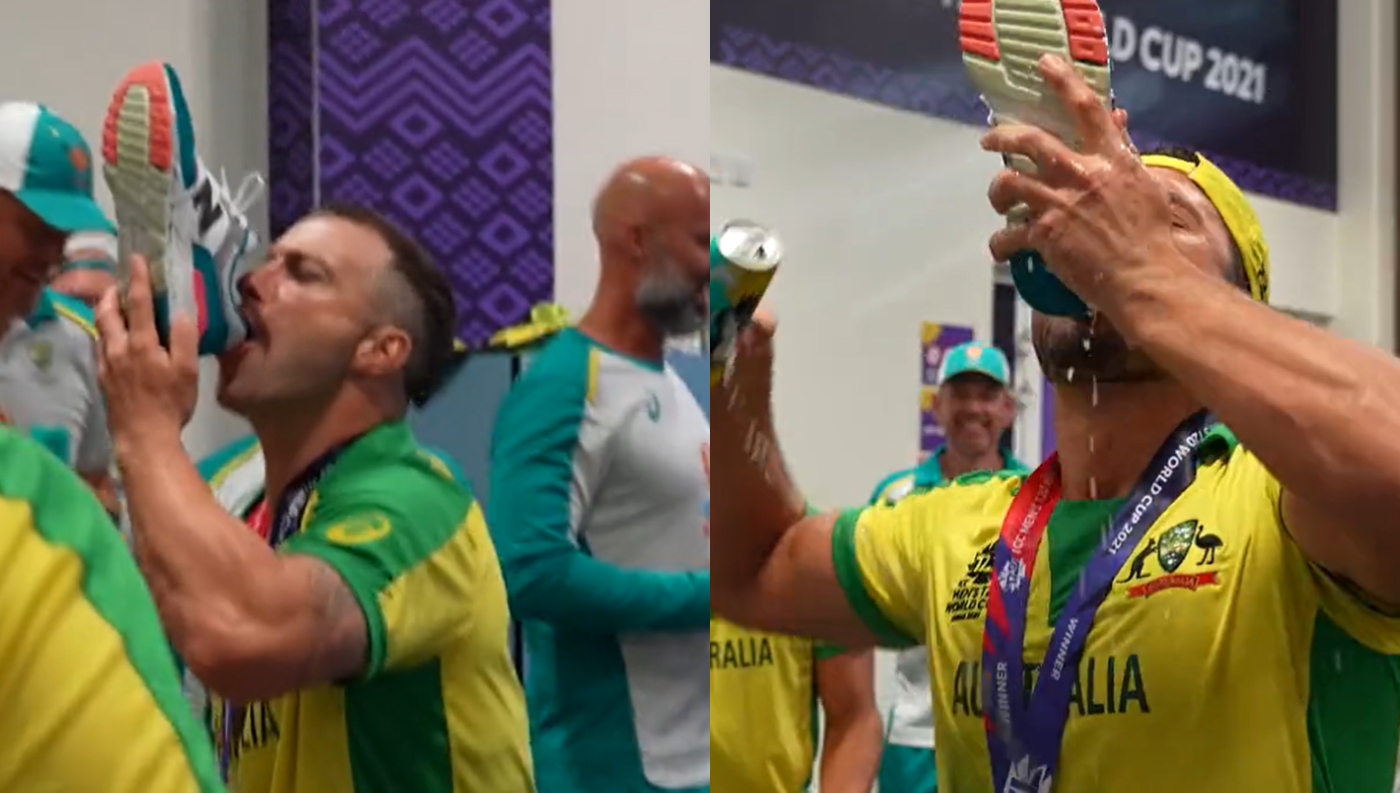 Australia beat New Zealand in the T20 World Cup 2021 final by 8 wickets to lift their maiden title on Sunday (November 14). New Zealand were taken aback by a blistering knock of Mitchell Marsh as he scored unbeaten 77 runs while chasing 173 runs.

After the victory, the Aussies celebrate the achievement in their dressing room. Wicket-keeper Matthew Wade and all-rounder Marcus Stoinis were seen drinking from a shoe in the celebration, which is popularly called 'shoey' celebration.

Drinking from a shoe is a practice particularly popular in Australia, where it is called a shoey. It has been now famous all over the world due to Australian Formula One driver Daniel Ricciardo.

Australia's win not only saw Marsh's fifty, but also a terrific bowling performance from pacer Josh Hazlewood (3/16) and leg-spinner Adam Zampa (1/26). Opener David Warner also smashed a 38-ball 53, carrying his form throughout the tournament to win the Player of the Tournament award. 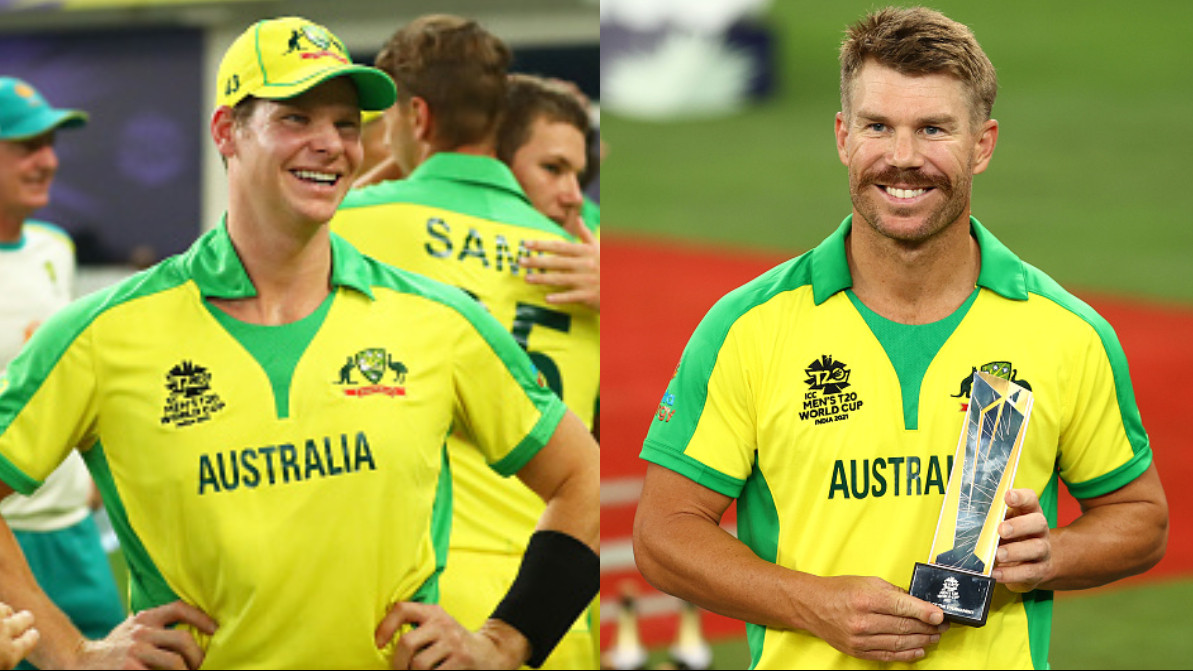 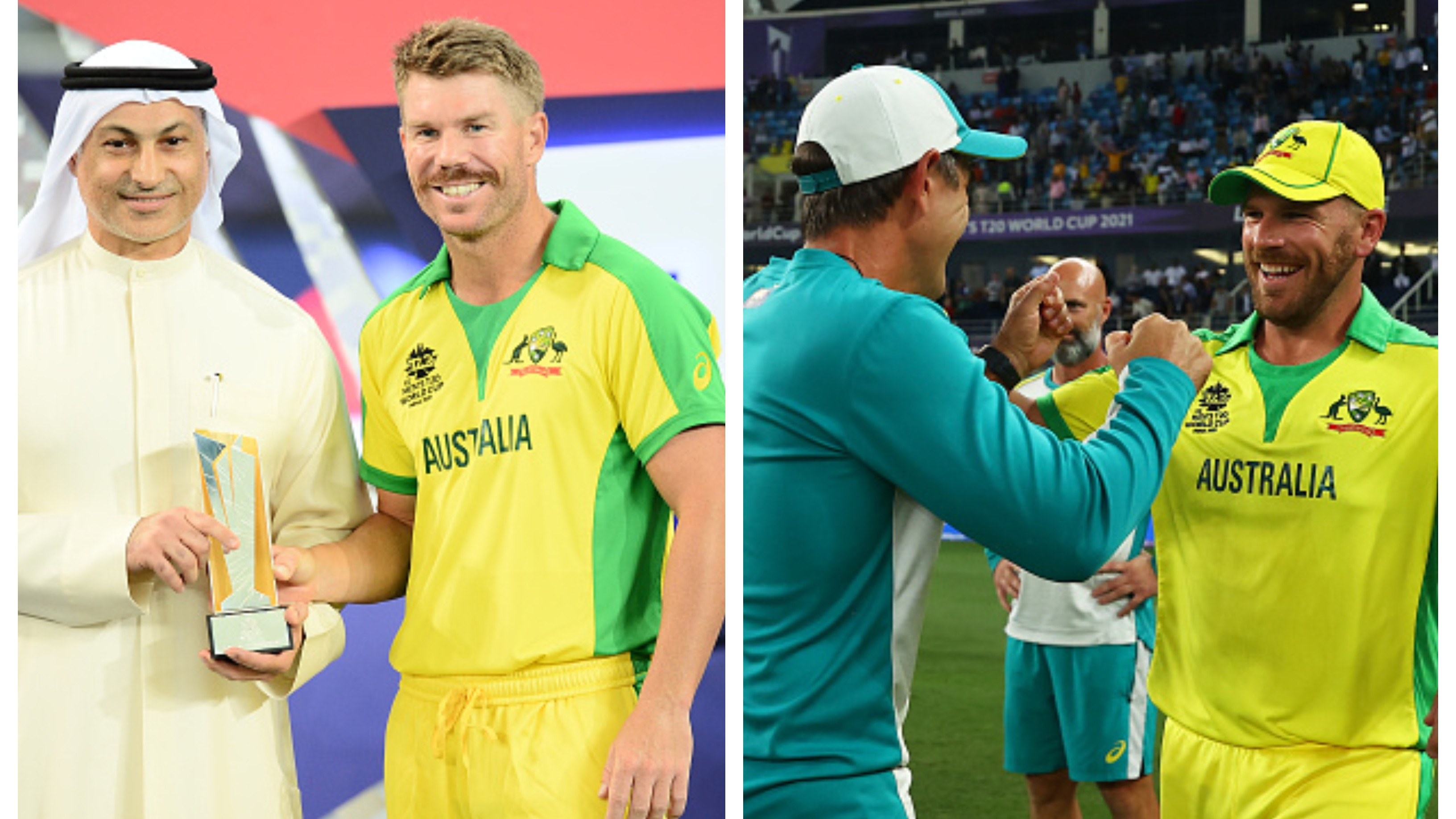 T20 World Cup 2021: â€˜Warner will be Man of the Tournamentâ€™, Finch recalls his words to coach Langer few months ago 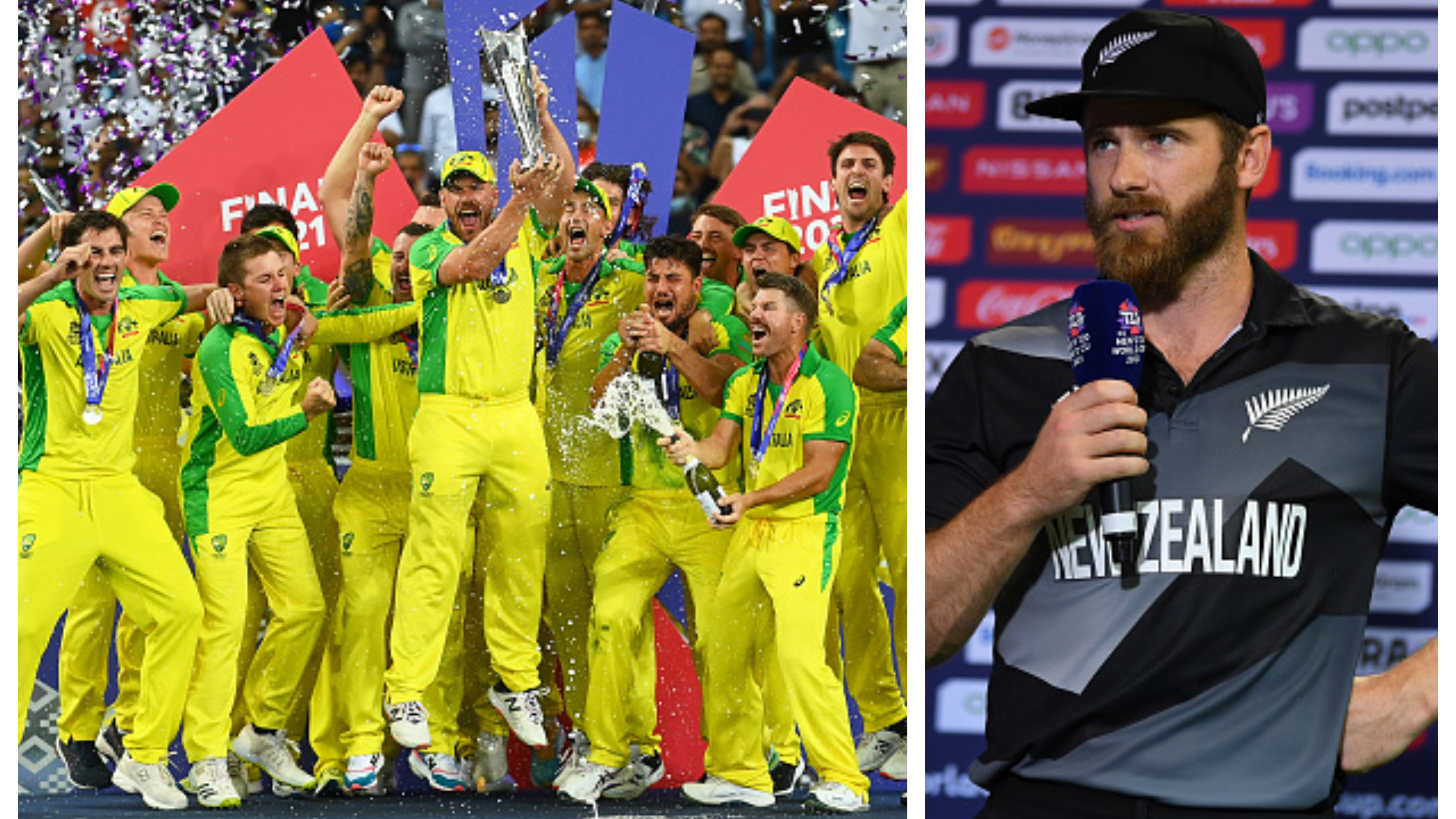