Finch's wife Amy put out screenshot of a hateful comment after her husband failed with the bat. 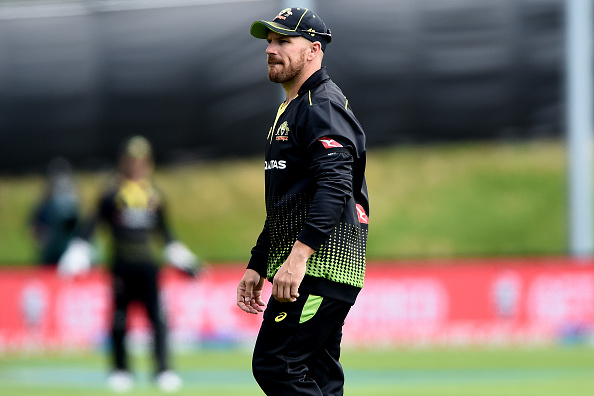 Australia captain Aaron Finch's wife Amy Finch received threats of violence and sexual assault on social media. It was after Finch's failure with the bat in the second T20I between Australia and New Zealand.

Finch has been in a terrible form lately and trolls are targetting his wife Amy on social media. She raised her voice in Instagram stories and called out the trolls for disrespectful language and constant threats.

Amy shared a screenshot of fantasy player which read, “Tell your husband to step up his captaincy bloody loser f**king a**hole b*tch because of him I lost all my money."

Sharing the comment she wrote, "Honestly, these keyboard warriors need to go get a bloody life. This isn't even one of the worst that has come my way but I've had enough!”

ALSO READ: IPL 2021: ‘You should be expecting every team wants you’, Clarke slams Finch’s attitude after IPL snub

"I have a pretty thick skin and can generally ignore them but recently there have been direct threats of violence and sexual assault." 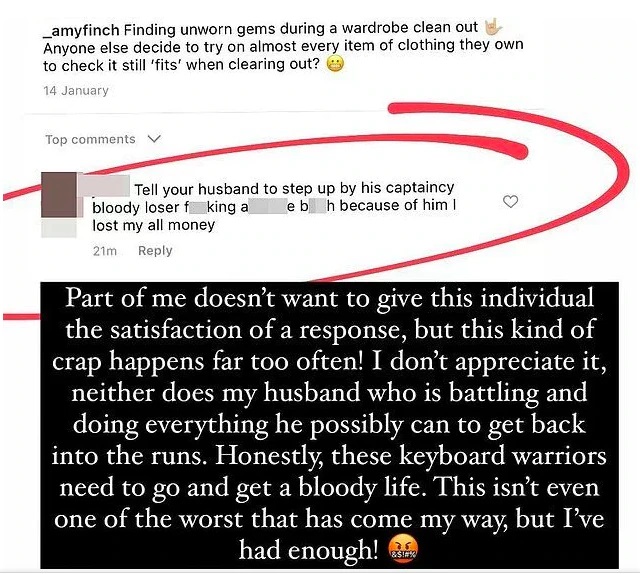 Amy felt she can't take it anymore after ignoring the comments for a long time. "You name it, I've heard it. It's gotten to a point where it needs to be called out because ignoring it doesn't stop these people. NOBODY deserves that sort of language to be directed at them!”, she added. 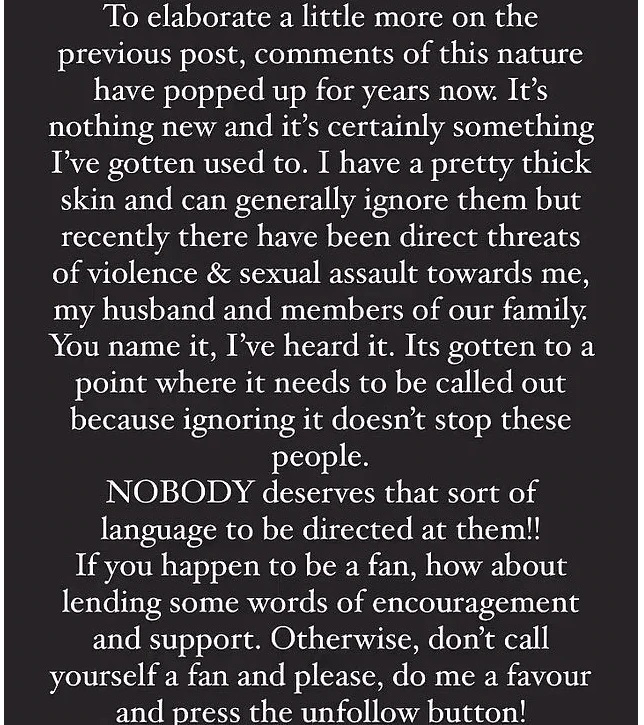 Finch's Australia teammate Glenn Maxwell came in support of Amy and reacted to the news. He was upset with the negative reaction of the trolls and wrote that targetting players and WAGs should end.

"People, this needs to stop!!! It is absolutely pathetic!! We’re all human beings, how about practicing being a half decent one!! Absolutely disgraceful!!!!", his tweet read.

People, this needs to stop!!! It is absolutely pathetic!! We’re all human beings, how about practicing being a half decent one!! Absolutely disgraceful!!!! https://t.co/lgVmiMHC2O

The Australia batsman was also released by Royal Challengers Bangalore before IPL 2021 auction and couldn't find a new franchise for the upcoming IPL season. 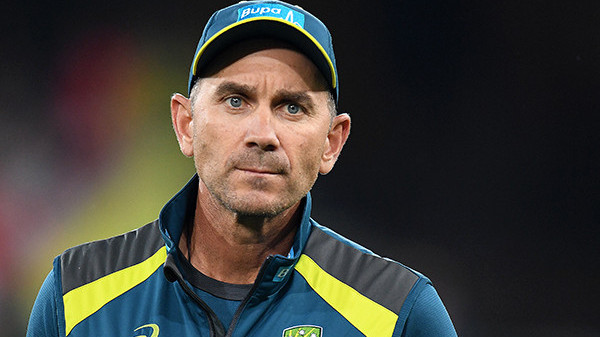 "Iâ€™m meant to be the tough guy, but it hurts," says Justin Langer about media leaks over his coaching style 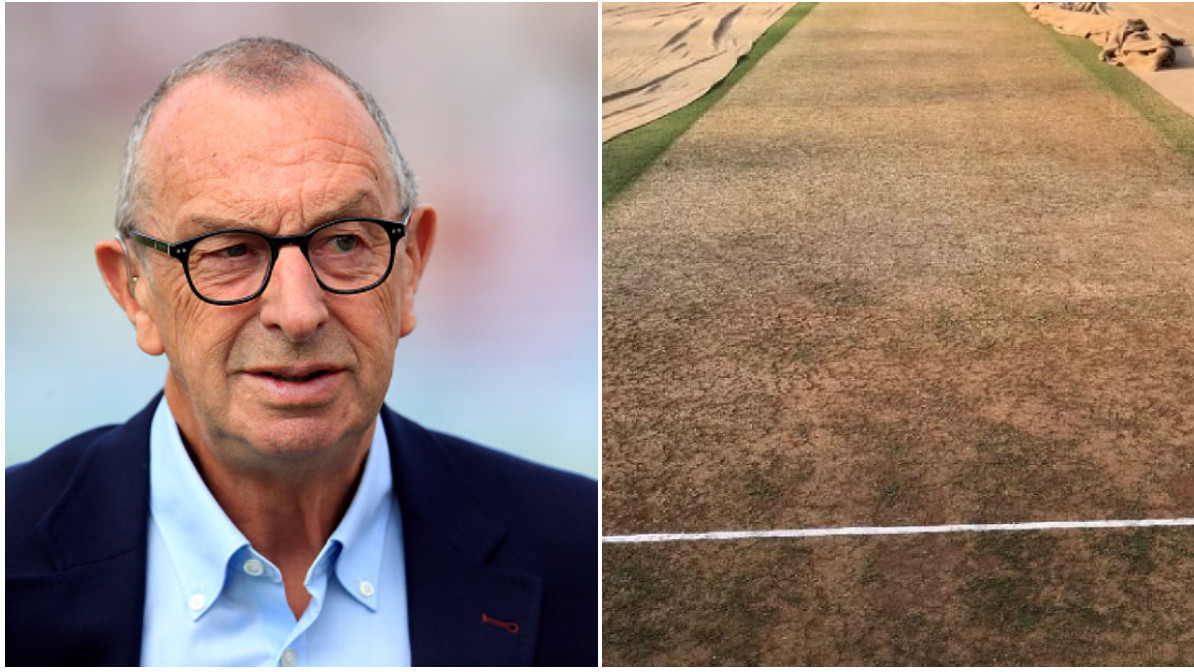 IND v ENG 2021: 'Even I would have got wickets on that pitch' - David Lloyd slams Ahmedabad track 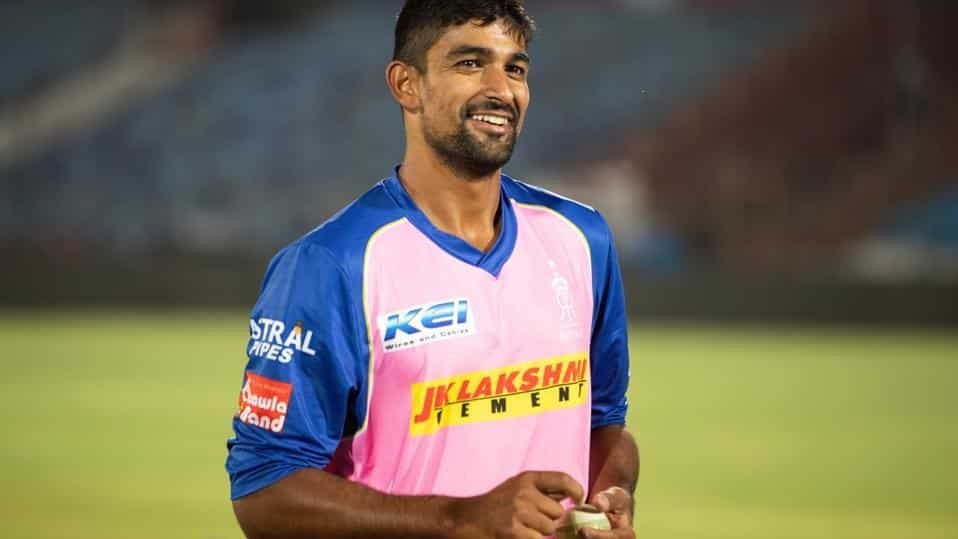