KKR chief mentor said his team is looking forward to the final against CSK. 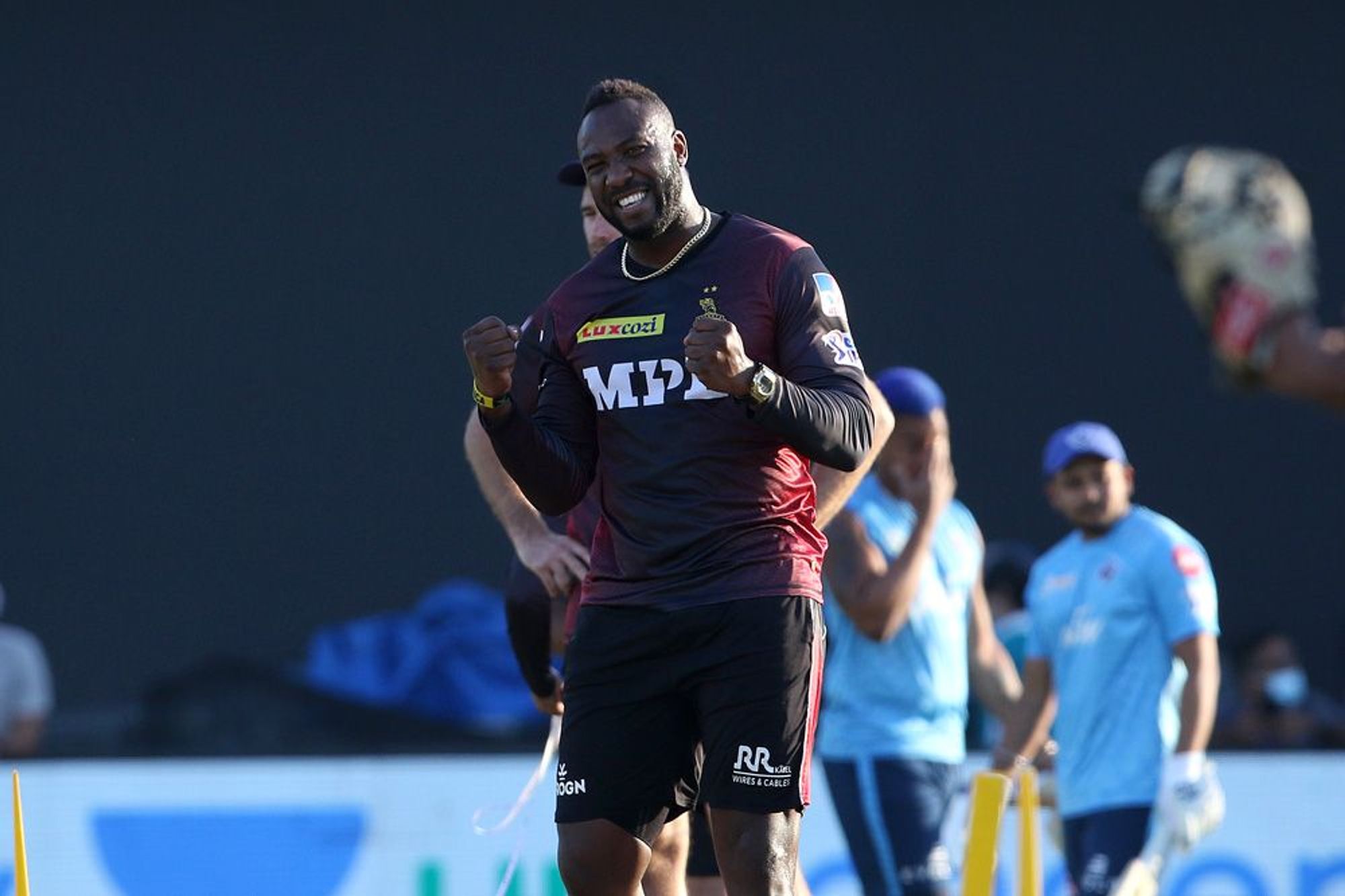 Kolkata Knight Riders (KKR) chief mentor David Hussey said that the swashbuckling all-rounder Andre Russell who is recovering from a hamstring injury might be picked for the grand final of the Indian Premier League (IPL 2021) against Chennai Super Kings (CSK) on October 15 in Dubai.

On Wednesday (October 13), Russell, who had suffered a grade 2 hamstring injury, was seen bowling before Quarterfinal 2 against Delhi Capitals, raising hopes over the all-rounder’s inclusion, but he wasn’t added in Kolkata Knight Riders’ (KKR) playing XI in Sharjah.

However, KKR managed to beat DC by 3 wickets in Quarterfinal 2 despite their middle-order collapse to book a place for the summit clash against CSK in Dubai on Friday.

Well, Hussey hinted that Russell might be back in the mix for the IPL 2021 final against CSK after having missed a few games in the UAE.

Hussey said at the post-match press conference on Wednesday, “He was bowling before the game (against DC) today, so he might be in the mix.”

On the middle-order collapse against DC, Hussey said: “No, I'm not concerned because they're all classy players. They know how to play. (It) is just the difficult nature of these pictures, they have been playing on, makes the middle of players, sort of stand out, they are not getting their strike rate 200. They had to knuckle down and maybe a strike rate of 110-120, so not concerned, we are going to Dubai full of confidence and you just never know what's going to happen.”

He also lavished praise on Shubman Gill (46) and Venkatesh Iyer (55) – who proved an excellent start to KKR, as the youngsters put up a 96-run opening stand to take the side into winning position with Rahul Tripathi hitting a stunning six in the penultimate delivery of the final over to seal the game for the side. 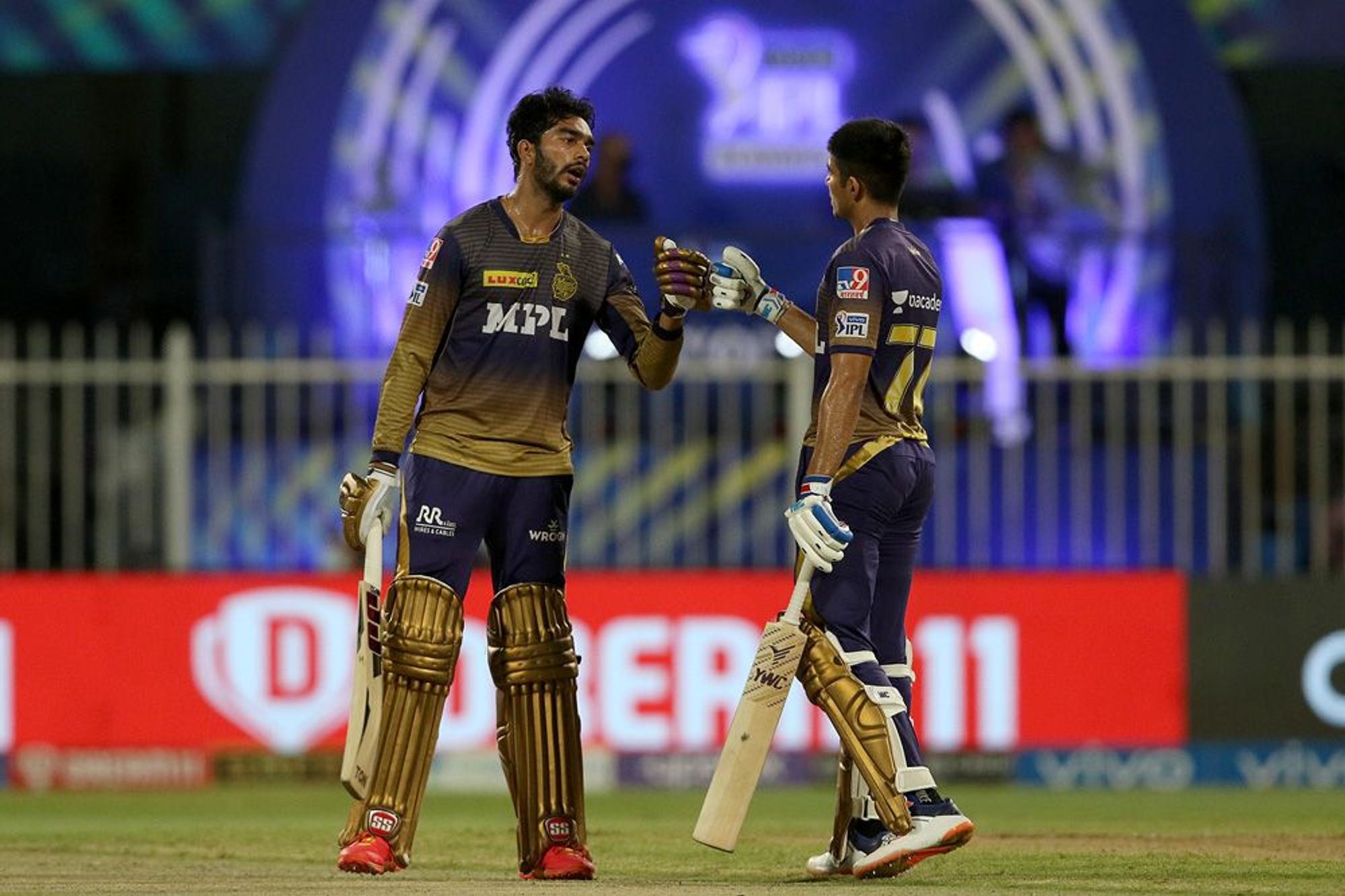 Hussey said, “We have found a player in Iyer, not only he is a classy player but he is a wonderful person and team man as well. He struck the ball superbly and from ball one, so I think some of these big sixes that he hit actually changed the tempo of the game and got us into a winning position.”

He added, “Furthermore, the opening partnership we had between those two players was just class personified. They complement each other really well, if one player is going, the other one sits back and gives the other person the strike. And I think they run between the wickets really well. So, we have definitely found a nice opening partnership there and hopefully, continue for one more game.”

Read Also: IPL 2021: Stoinis at no. 3 was the right decision but we didn't get the proper outcome- DC coach Ponting

Praising Gill, the chief mentor noted: “Shubman is a class player; everyone knows he is going to be a 10-year veteran of a Test match, ODI and T20 cricket for India.” 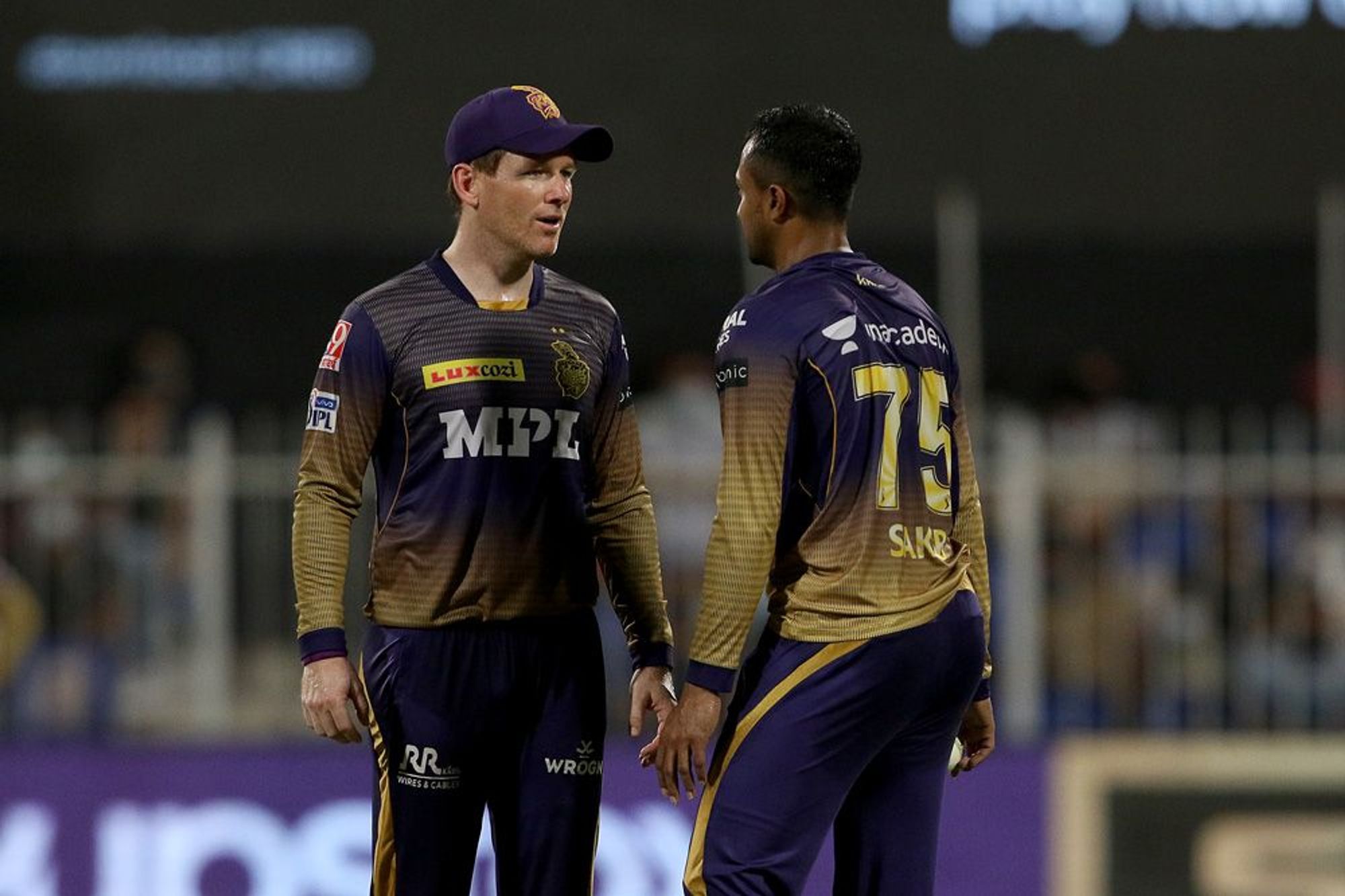 Hussey also lauded KKR captain Eoin Morgan as well as informed that everyone including Shakib Al Hasan will be available for selection for the IPL 14 final.

The mentor said, “Full credit to (KKR skipper Eoin) Morgan, (we have) full confidence in Morgan, Dinesh Karthik, and Shakib (Al Hasan) going in the next game. They have done it countless times for their countries and in the IPL. So, we're looking forward to the next game.”

He signed off by saying, “He (Shakib) is a fine player, has probably won us two games or contributed to two wins, so I'd like to think he is available, and I think, everybody's going to be available for selection, so it's going be a tough call by the head coach (Brandon McCullum).” 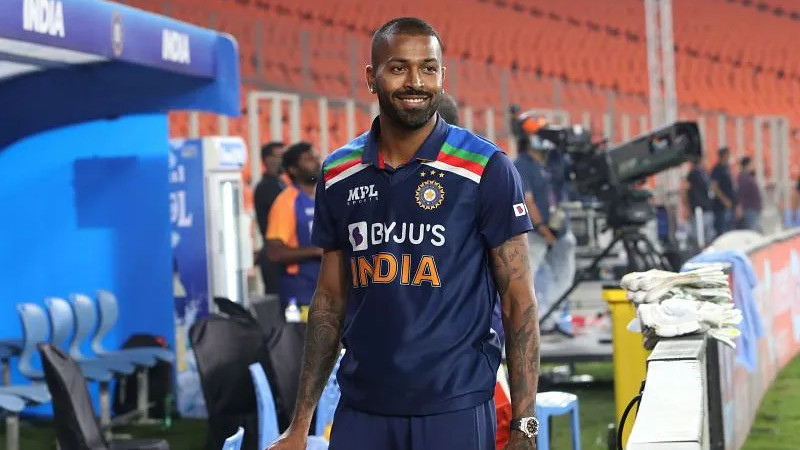 T20 World Cup 2021: Hardik Pandya to play the role of a finisher for Indian team- Report 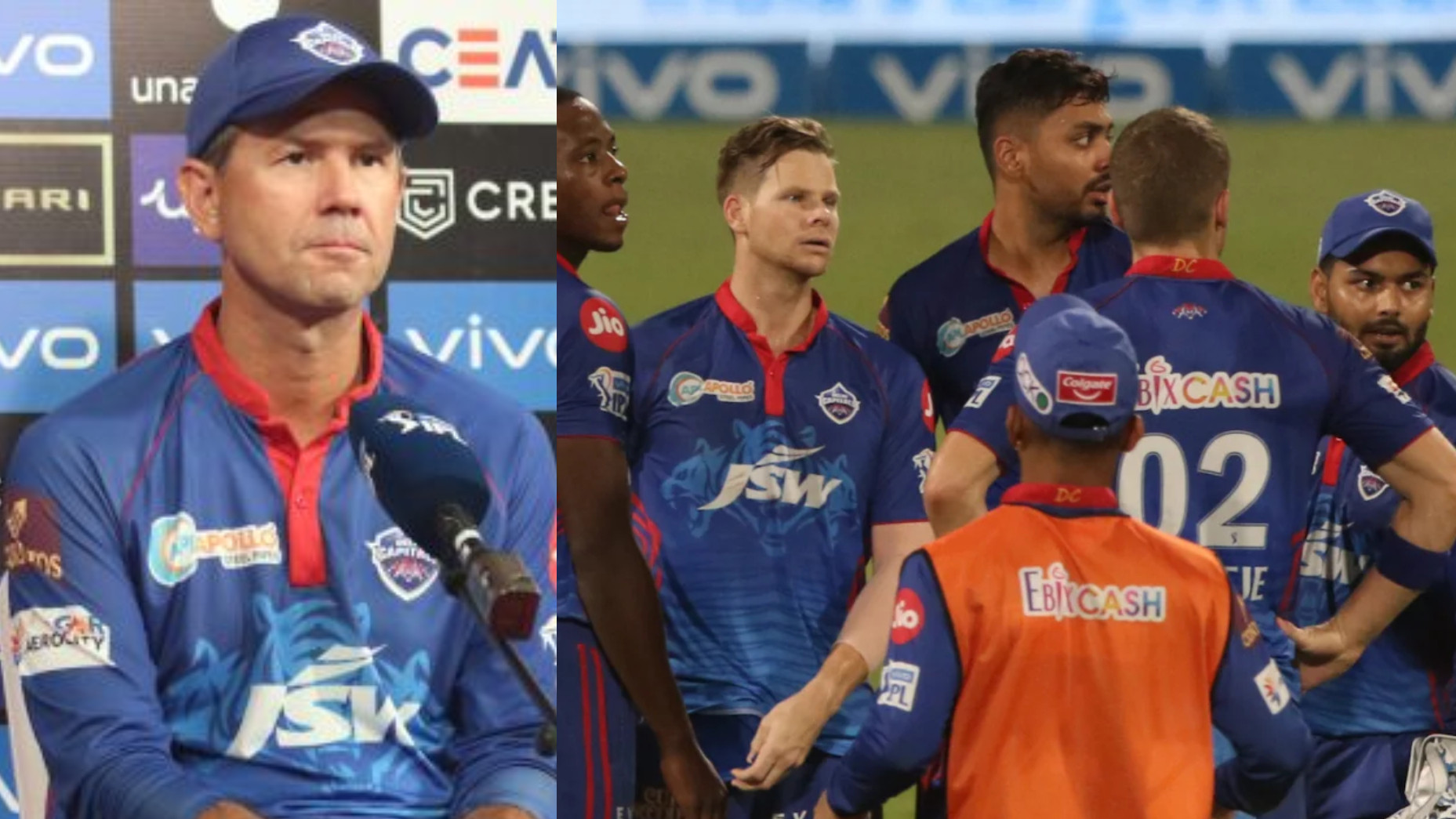 IPL 2021: DC coach Ricky Ponting says, "I'd love to keep everyone. To bring most of guys back again will be my goal" 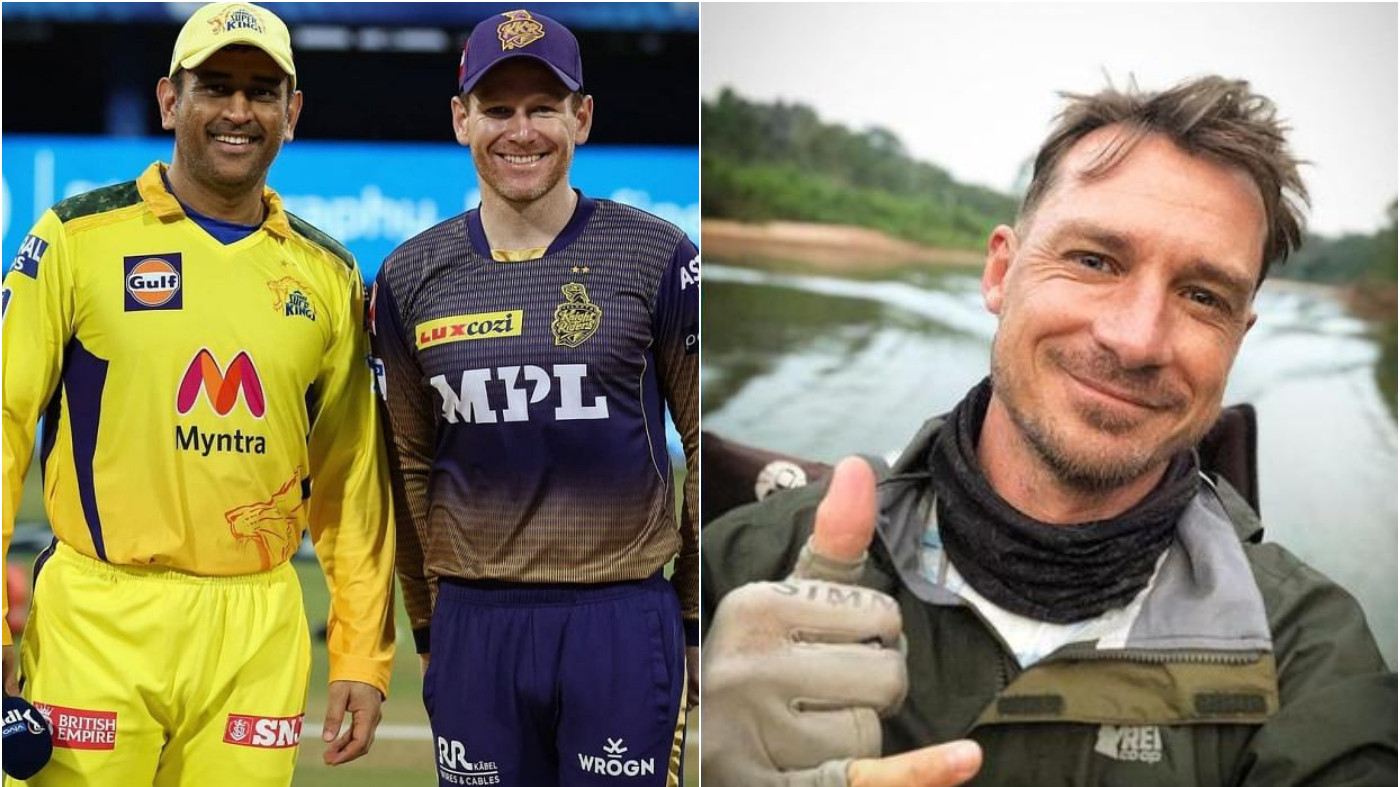 "They have got going up in the right direction at the right time," Dale Steyn predicts IPL 2021 winner