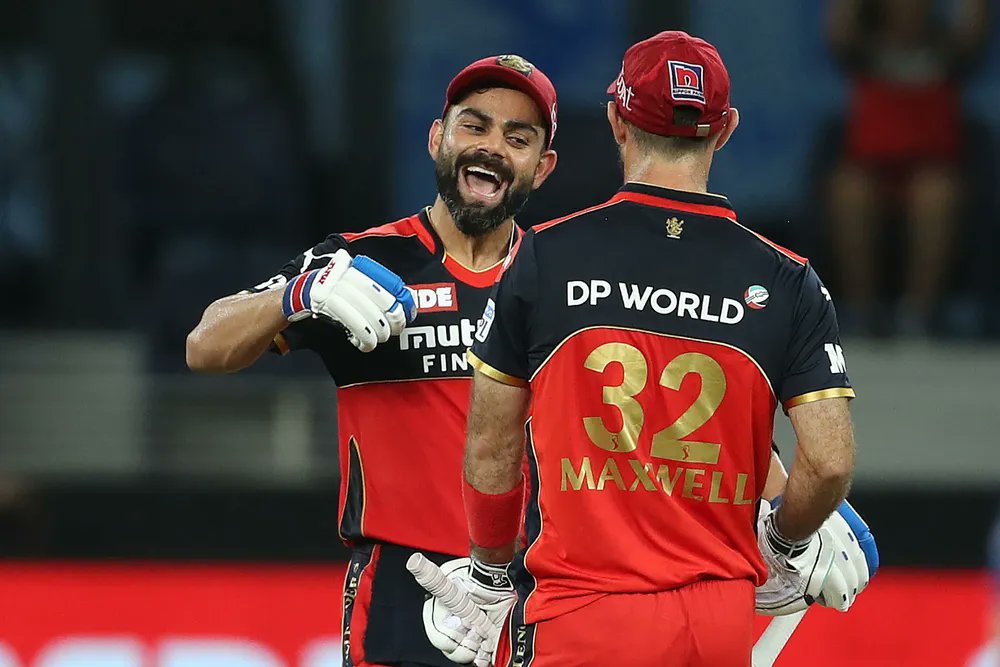 Royal Challengers Bangalore (RCB) captain Virat Kohli will no longer lead the franchise after the IPL 2021. He had earlier confirmed his decision to quit as India's T20I skipper after the upcoming T20 World Cup 2021.

Virat's sister Bhawna Kohli Dhingra posted an emotional message on Instagram about her brother's captaincy tenure in IPL. She wrote about Virat giving his best as captain and taking responsibility in difficult times.

ALSO READ: IPL 2021: Michael Vaughan picks an 'out of the box' name for RCB captaincy replacement of Virat Kohli

"You gave your best as a captain. You have always held your shoulders high no matter how tough the situation was. You are and will always be a remarkable captain, a name synonym with RCB captaincy. Forever worthy of respect and adulation. Proud of you brother,” wrote Bhawna. 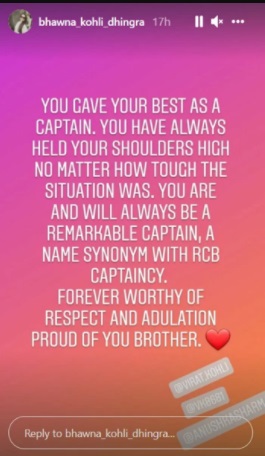 Bangalore lost the IPL 2021 Eliminator against Kolkata Knight Riders and got knocked out of the tournament. They looked like a better side this season with Glenn Maxwell consistently performing for them.

But despite 18 points in the group stage, they couldn't seal a place in the top two spots. Chennai Super Kings' net run rate helped them finish on number two position. 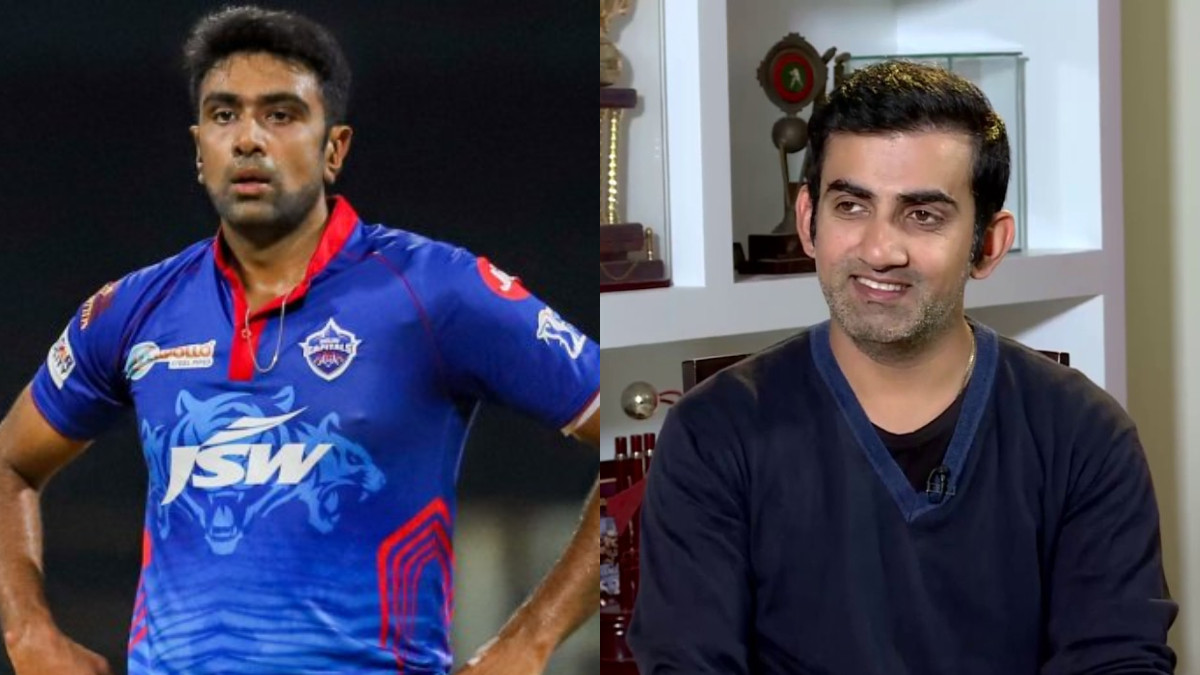 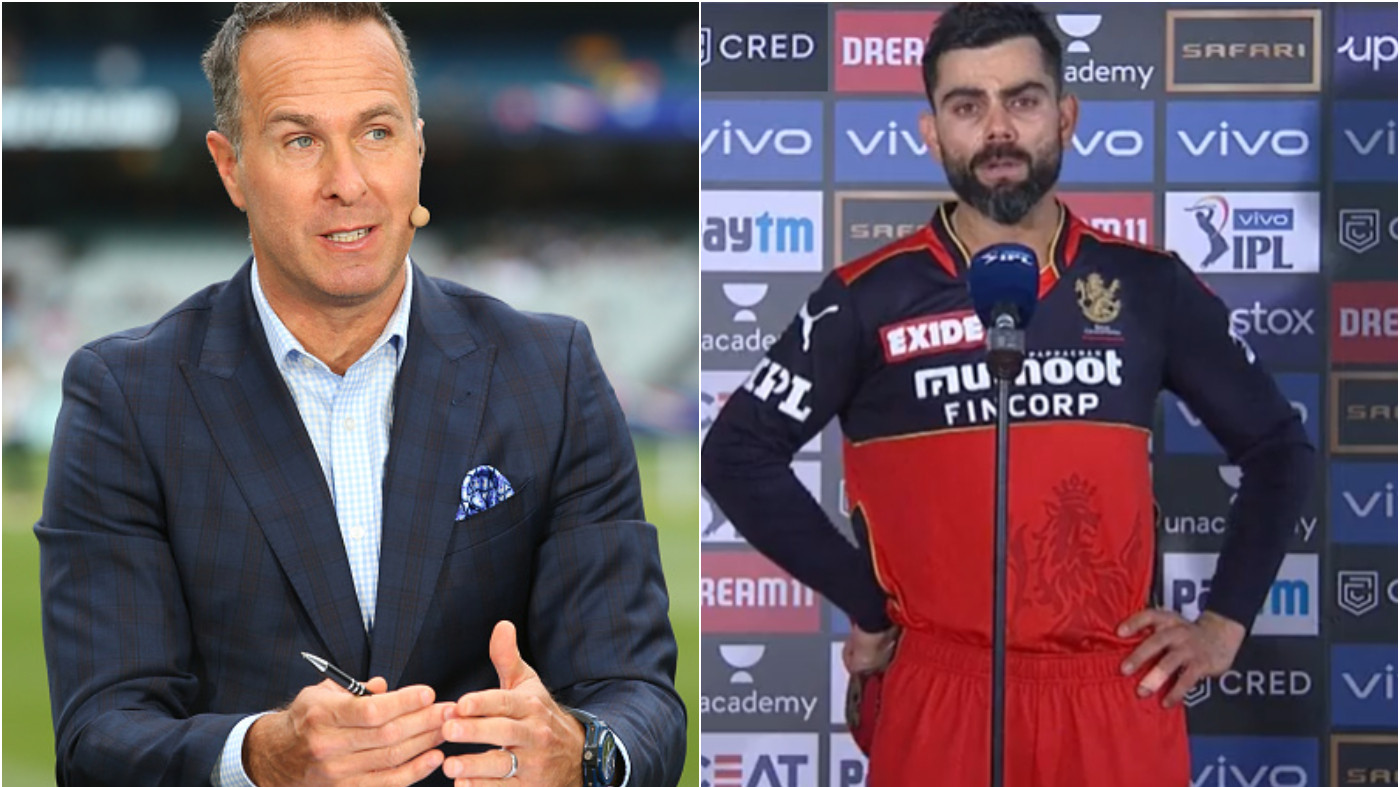 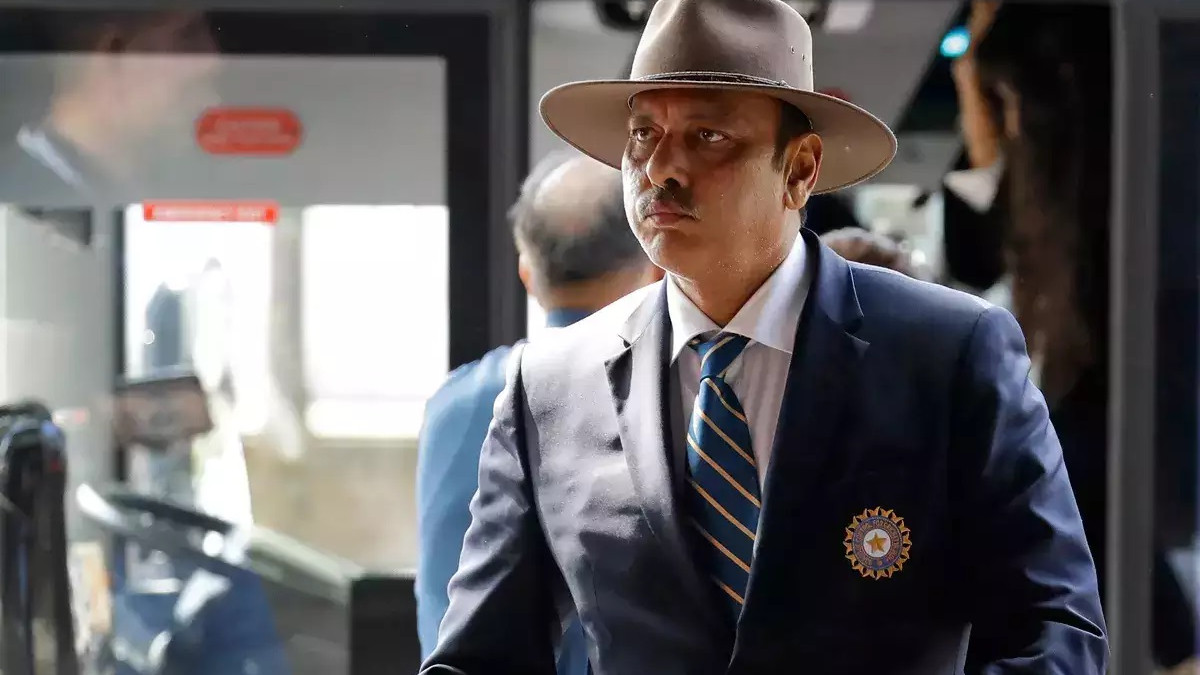