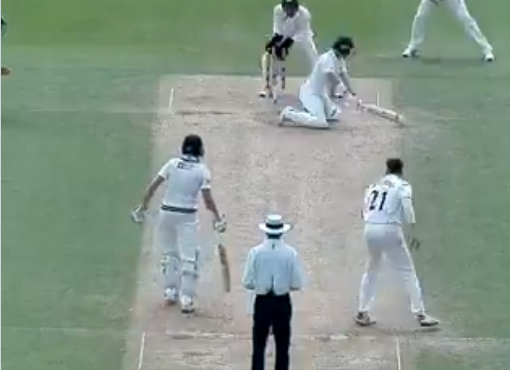 As the domestic cricket got underway in England last week following a 4-month Coronavirus-forced hiatus, the ongoing Bob Willis Trophy has recently witnessed a unique “reverse sweep” shot, with the batsman being dismissed in a weird way at The Oval.

On the cricket field, the batsmen use many types of shots to score runs, one of them is reverse sweep, which the batters try especially against the spin bowlers.

Read Also: “I love people in a wild way,” says Shoaib Akhtar on wrestling with Yuvraj and Harbhajan

Well, executing the reverse-sweep has always been ingrained in the muscle memory of most modern-day batsmen and even often loses their wickets bizarrely while playing a reverse sweep shot and once such incident got to see in the Round 1 match of the Bob Willis Trophy at the Oval ground.

Middlesex batsman Nick Gubbins tried to play reverse sweep off Surrey spinner Daniel Moriarty when he was well set on 61 and his team 267 runs ahead in the second innings, but horribly failed, as the batsman made a mess of the attempted reverse sweep and lost his middle stump.

With shattered stumps in the background, Gubbins was seen completely surprised as he went on one knee to hit the reverse shot but got bowled off a brilliant ball by left-arm spinner Moriarty at The Oval.

Hands up if you've ever got out trying one like this... ????‍♂️ ????‍♀️⁣#BobWillisTrophy pic.twitter.com/HGQsMcky02

Watching the dismissal, fans dismayed at the batsman attempting a funky shot with a Twitter user wrote “Pre-meditation was the downfall there” while another one wrote, “Batsman should never face another ball in top-flight cricket after getting out like that.”

Another fan wrote: “I'd imagine this would be me if I tried a reverse sweep!.”

Noteworthy, Gubbins’ wicket didn't hurt Middlesex much as they declared their second innings on 248/6, setting Surrey a daunting target of 314 and eventually recorded a 190-run victory. 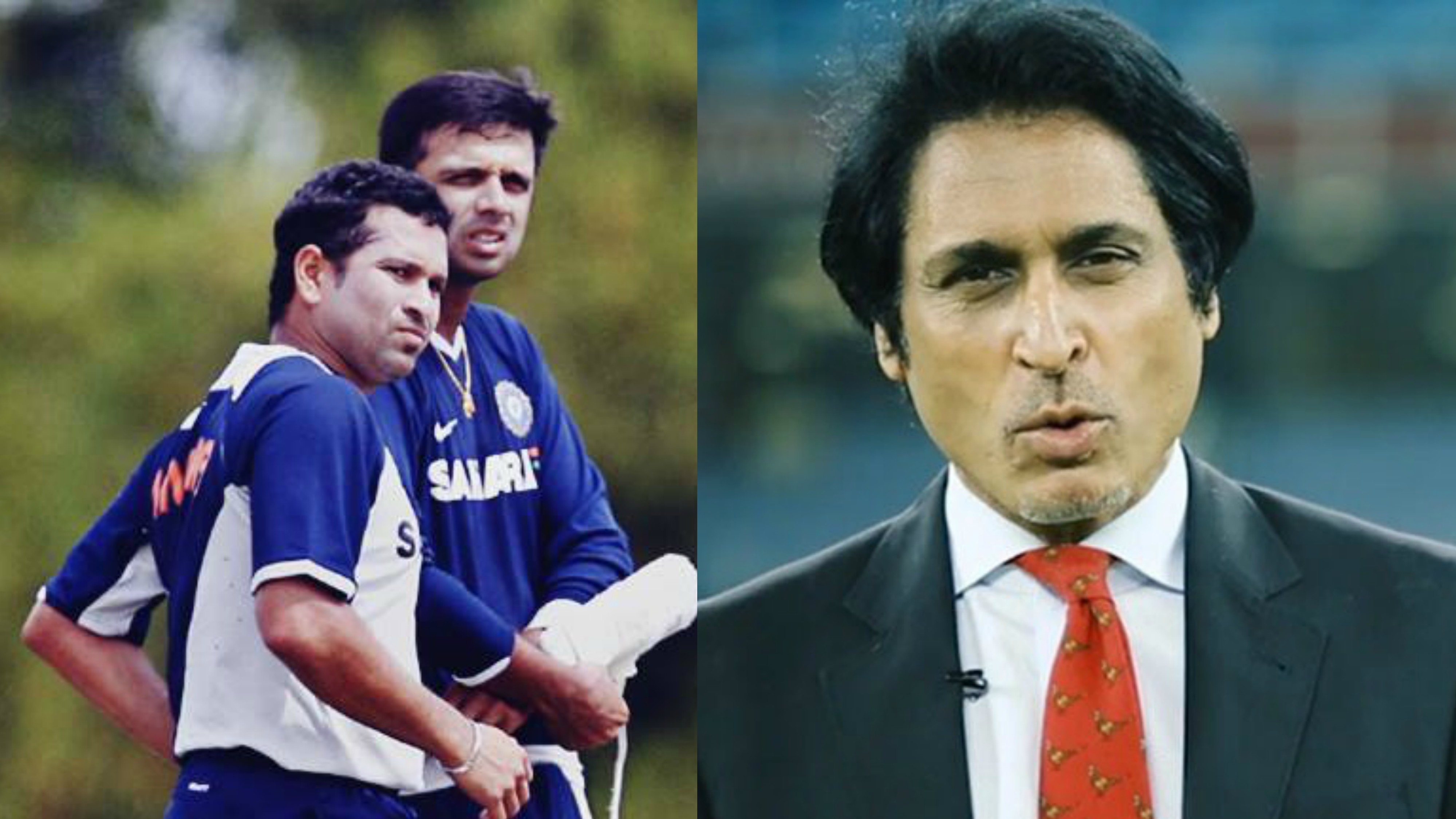 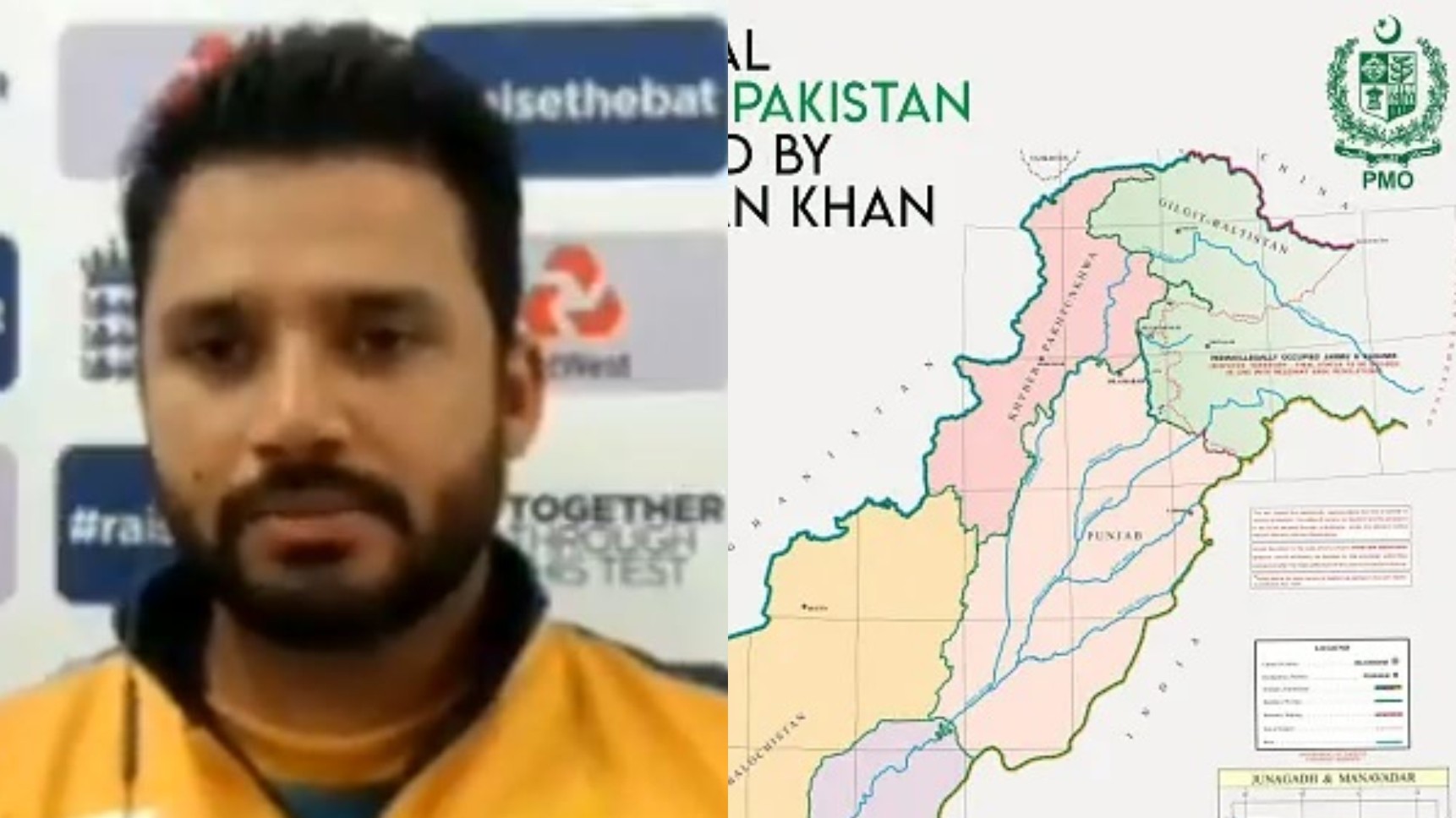 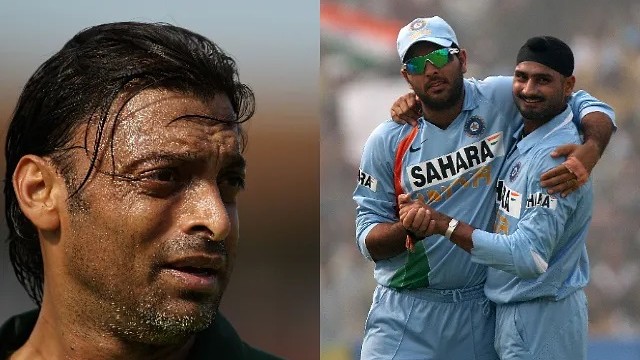 “I love people in a wild way,” says Shoaib Akhtar on wrestling with Yuvraj and Harbhajan