Virat Kohli dismissed for 3 off 16 balls in Adelaide. 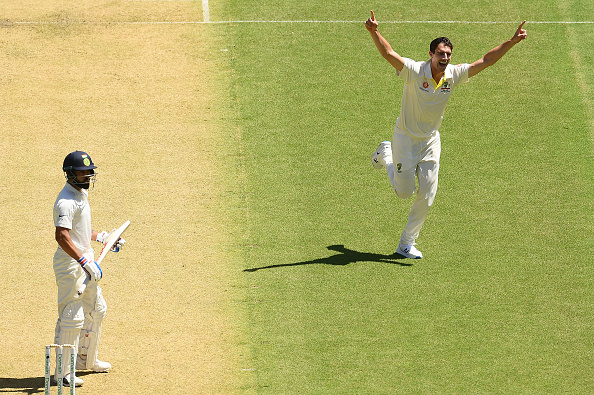 Australian paceman Pat Cummins made the day for himself on the Day 1 of the first Test of the Border–Gavaskar Trophy by getting the prized scalp of Indian captain Virat Kohli in Adelaide on Thursday (December 6).

However, there was someone else who also enjoyed India batting superstar's wicket most and he was none other than veteran batsman –Usman Khawaja, who did the brilliant job by taking a stunner off Cummins’ delivery to made the miserable start of the series for Kohli at Adelaide Oval.

The 30-year-old dashing right-hander would be certainly disappointed the way he started off the crucial much-awaited four-match Test Series Down Under in Australia, went down at 3 off 16 balls.

Kohli attempted a drive off Cummins' full-length delivery that was a little wide of the off stump, and he drove hard and the ball flew to the left of the gully area near Khawaja, who made the most of the opportunity, flew to his left and took a stunning blinder to send the batting superstar out to the pavilion for only three with India in trouble.

The touring side was at 56/4 at lunch before Cheteshwar Pujara brought the situation to the control, as his century helped India to post a respectable total of 250/9 at stump against Australia.

Interestingly, Kohli become the victim of Cummins twice in four balls in Test cricket so far 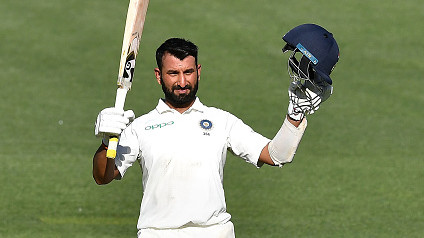 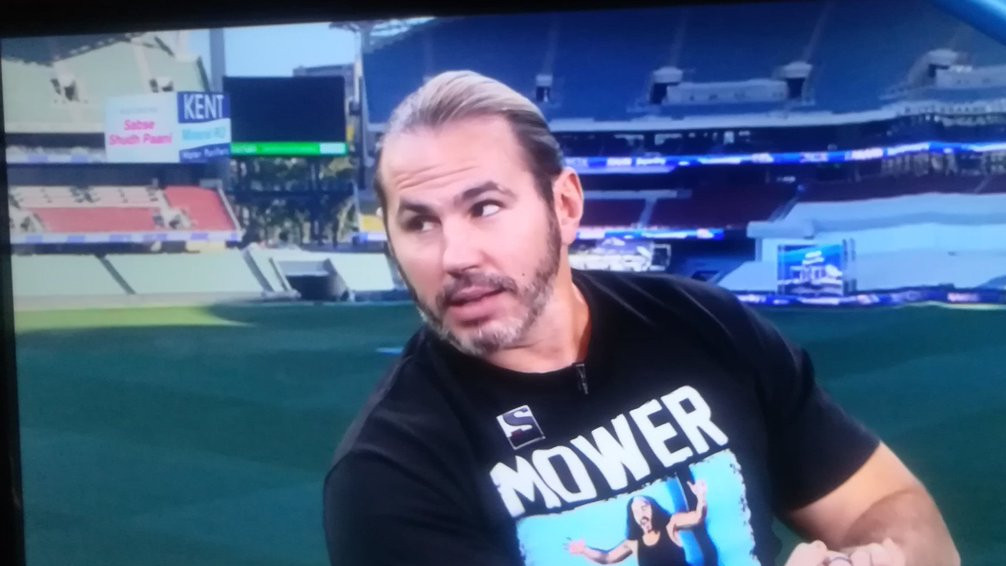 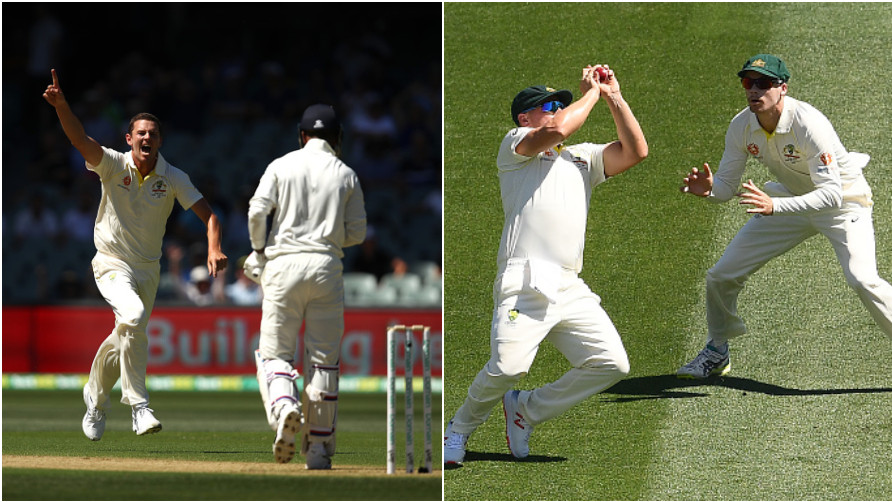