Batting maverick AB de Villiers, who scored a masterful 126* in South Africa’s first innings of the ongoing second Test against Australia at St George's Park, has admitted his legs were 'shivering' out of nervousness when he crossed the score of 90 on Sunday (March 11).

It was De Villiers’ 22nd ton in red-ball cricket and astonishingly his first since January 2015. Ever since De Villiers made his return to Test cricket after a sabbatical of two years, he looked in great touch but somehow wasn’t being able to notch up that elusive three-figure mark. While the 34-year-old had made 53 against Zimbabwe in his comeback Test in December 2017, he compiled two more half-centuries during the recently concluded three-match Test series against India.

"It was 10 on 10 (knock). It was right up there with the best feeling ever," De Villiers quoted while addressing the media at the end of third day's play against Australia in Port Elizabeth.

"I was so relieved, I was very nervous in the 90s - I don't think it showed but I was telling Vern out there that I was struggling to breathe and my legs literally went numb. It's funny when a guy who has played for 13 or 14 years says that, but it's true.

"It really meant a lot to me to get that 100 and I was constantly reminding myself throughout the 90s that it's not about yourself, it's about contributing to the team as much as possible. That made me feel a little bit better because the minute you focus too much on individual performance, you sort of forget about the team. But it's not difficult to forget about the team when you haven't scored a 100 for 3 years. So it meant a lot to me today," he added.

In the last few years, De Villiers’ decision to pick and choose games has been scrutinized a lot. While a lot of people have questioned his commitment for the country, others have doubted his motivation to play in a 5-day game. Nonetheless, AB feels that ‘rest’ helped him to rejuvenate for the all-important series against India and Australia this year.

"A bit of time away from the game did that (served as motivation). I had a lot of time to reset my thoughts and all of that, and think about where I'm going with my career and the kind of things I still want to achieve,” De Villiers said.

"I came into this series and the previous one against India feeling like I need to play again, to make sure I keep my spot in the team. I haven't played for a while and you're always just a couple of innings away from people starting to say 'is he still good enough?'.

"So those kind of things were on my mind. I was very motivated to prove to people I could still play the game, even though I've been away for a while. It was hard toil over the last 6 to 8 months, making sure I get to this kind of form again. I'm very happy it showed up," he elaborated.

AB also dismissed the saying that he had fallen out of love with the game.

" I've never lost my love for the game, I was just tired of playing. I was just flat, physically, mentally and quite a few other factors. I became a dad at the same time.

"Already there are two boys around and I've got a family. A lot of things were happening then. I was taking the pressure with the cricket, so there was just a lot that was going on in my life and I felt like I needed to breathe a little bit. I wouldn't say I lost the love for the game, I think that showed today. I just love playing," he asserted.

De Villiers’ milestone wouldn’t have come without the support of tailenders. While fast bowler Vernon Philander scored a gritty 36, left-arm spinner Keshav Maharaj contributed with a precious 30. No wonder, the batting genius credited the efforts of the tailenders.

"They were simply amazing out there today. They took a lot of pressure off me, they're all run-scorers. They're not tailenders who just hang around out there. So I could go out and focus on my technique, focus on what I was doing yesterday and try and get myself into the game. I never felt like I needed to score to get us somewhere.

"That played a big part in me performing today. Vern, Kesh and Lungi as well. Lungi, a bit more of a tailender, just made sure he was surviving out there - which at the time it was what was required because I felt the damage was done already. Vern and Kesh played exceptionally well and kept the scoreboard ticking over," De Villiers concluded. 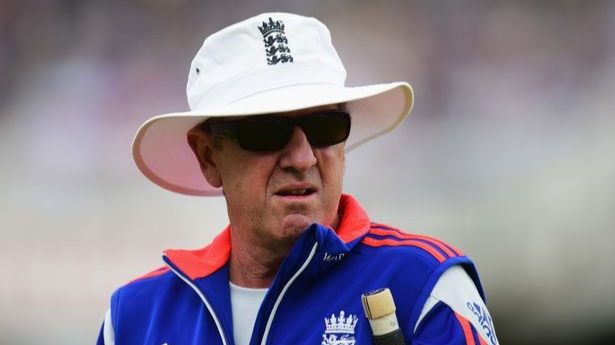 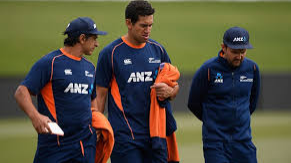