Sunrisers Hyderabad proved their mettle as one of the top sides in the tournament and reached the finals.

Kane Williamson led Sunrisers Hyderabad (SRH) reached the finals of the IPL 2018 after being the table toppers and winning the second qualifier, defeating Kolkata Knight Riders (KKR). They looked confident enough to win their second title.

However, Sunrisers Hyderabad, unfortunately, lost the IPL 2018 finals to the Chennai Super Kings, as they were blown away by a brilliant century by Shane Watson. Their bowlers failed to come to the party and CSK batting took full advantage of that.

Sunrisers Hyderabad had suffered a big shock when their full-time captain David Warner was banned by IPL GC and BCCI from participating in the IPL 2018 after he was found to be the main instigator of the ball tampering scandal in the Australia versus South Africa series.

Kane Williamson was given the task of captaincy and he performed the role wonderfully, taking the team to the finals. SRH was touted as the best bowling team in the tournament and they proved it by defending back to back below par totals. Their batting was helmed by captain Williamson and Shikhar Dhawan, with other batsmen just contributing enough to the cause.

Bhuvneshwar Kumar, Rashid Khan, Shakib Al Hasan, Siddarth Kaul and Billy Stanlake (while he was fit) were the lynchpin of their bowling attack. However, the bowling attack that was the strength of this SRH team, turned out to be their biggest weakness as the team reached playoffs stage.

Though there were silver linings in their performances, along with likes of Williamson and other shining.

Team COC looks at the performance of the SRH team and presents the player ratings for IPL 2018
(All stats updated till May 27, 2018)

735 runs in 17 matches with a best of 84 and strike rate of 142.44 and an average of 52.50 are the figures that Kane Williamson conjured up in the IPL 2018. Williamson had taken up the reins of SRH team after Warner was banned and he led from the front with the bat and was highly tactical in his captaincy. SRH was pegged back with none of the other batsmen came to the fore consistently and bowlers failed to defend totals in the fag end of the tournament.

Shikhar Dhawan played brilliantly despite suffering a possibly serious injury. He scored 497 in 16 matches with a best of 92*. Dhawan scored runs at a good pace on the top and made up for the lack of support from another end. However, his poor run in the knockout stages continued as he failed badly in the playoff match and final against CSK.

Yusuf Pathan scored 288 runs in 15 matches with a best of 45* in the finals. However, Pathan didn’t perform his role of big hitting finisher consistently and when he came good, he was devastating, but those moments were far and few.

Manish Pandey was bought by SRH for INR 11 crores. He scored 284 runs in 15 matches with best of 62* at a strike rate of 115.44. Pandey failed badly to keep the momentum of the innings during the middle overs and then up the ante when needed. Even in some close chases, Pandey was unable to close the deal. His failure was one of the main reasons of SRH was heavily dependent on Williamson and Dhawan for most of the scoring.

Brathwaite got to play 4 games in the tournament and scored 75 runs with highest of 43* against CSK in the first qualifier. He also defended a small target against KKR in the all-important second qualifier to take his team into the finals.

Alex Hales finally got to play some matches in the IPL, making 148 runs in 6 matches with a best of 45 at a strike rate of 125.42. Hales was brought in to give impetus to the innings in the power plays and lessen the burden from the shoulders of Dhawan, but he struggled against the spinners, who were employed against him by opposition captains and didn’t score as consistently as SRH would have liked.

Deepak Hooda was retained by SRH in IPL 2018 auctions and hoped that he would play the role of big hitting finisher. However, the results were far from satisfactory. Hooda played 9 matches and scored just 87 runs with a best of 32* and strike rate of 107.40.

Bangladesh’s star all-rounder Shakib Al Hasan was also bought by SRH with hopes of partnering Rashid Khan and he performed his role well, picking 14 wickets and making 239 runs with best of 35 at a strike rate of 121.31. He was very good in keeping the run rate down and scored valuable runs when needed, like in the finals.

Shreevats Goswami got to play 6 games for SRH and scored 52 runs with a best of 35. He kept well, but was expected to score more runs as an opener, but failed to do so.

Wriddhiman Saha was picked for his wicket keeping skills by SRH and didn’t disappoint behind the stumps with 17 catches and one stumping. However, he was expected to give flying starts while opening the innings and failed to do so, scoring just 122 runs in 11 matches. His weakness against pure pace at the top was exposed and down the order, he just didn’t have the power to clear the ropes when needed.

Rashid Khan picked 21 wickets in 17 matches and established himself as the premier spinner of the IPL 2018. However, CSK played him out in the finals and SRH lost the match then and there. Rashid was brilliant with his fast leg spinners and googlies and gave runs at an economy of just 6.73. He also scored a brilliant cameo of 34* against KKR and picked up 3 wickets for 19 runs to take SRH to the finals.

Bhuvneshwar Kumar picked 9 wickets in 12 matches and wasn’t the same bowler as he was last season. Fatigue and injury found Kumar short of his best and he even went for some runs in the tournament, as batsmen went after him. SRH expected more from him and if he was 100%, he would have done better than his figures suggested.

Basil Thampi got to play 4 games and took 5 wickets with best of 2/4. However, he created an unwanted record of the bowling the most expensive spell ever in IPL history as he went for 70 runs in his 4 overs against RCB, giving runs at an economy rate of 17.50.

Siddarth Kaul came to fore in absence of Bhuvneshwar Kumar and his form. Kaul picked 21 wickets at an economy of 8.28 and best of 3/23. However, he went for runs in the playoffs and his effectiveness waned a little as the team reached critical stages of the tournament. However, his overall bowling form was wonderful as he defended below par totals in absence of Bhuvneshwar in few matches.

Ricky Bhui made an insignificant debut for SRH, scoring a duck facing 5 balls.

Sandeep Sharma picked 12 wickets in 12 matches with best of 2/17 at an economy of 7.56. His inability to stem the flow of runs reduced his effectiveness which had made him the go-to bowler during his time with KXIP.

Billy Stanlake bowled fast and quick and picked 5 wickets in 4 matches he played before an injury ruled him out of the tournament. He even won a game for SRH against MI with his bat, hitting a match-winning boundary.

Khaleel Ahmed played one game and bowled 3 overs for 38 runs picking no wicket.

Chris Jordan took played just one game and gave 31 runs in his 4 overs for no wicket. 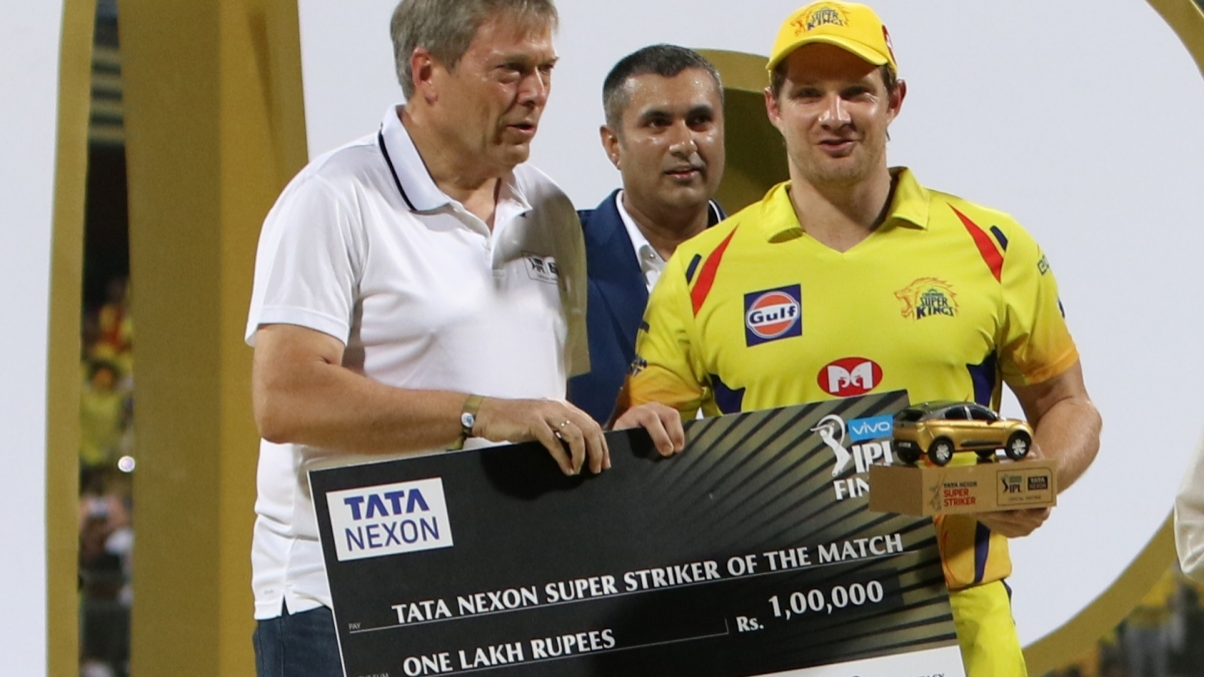 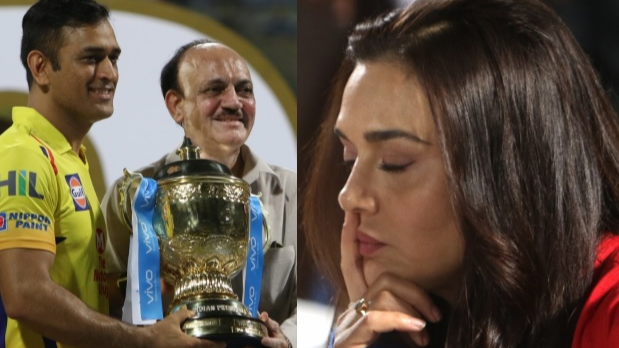 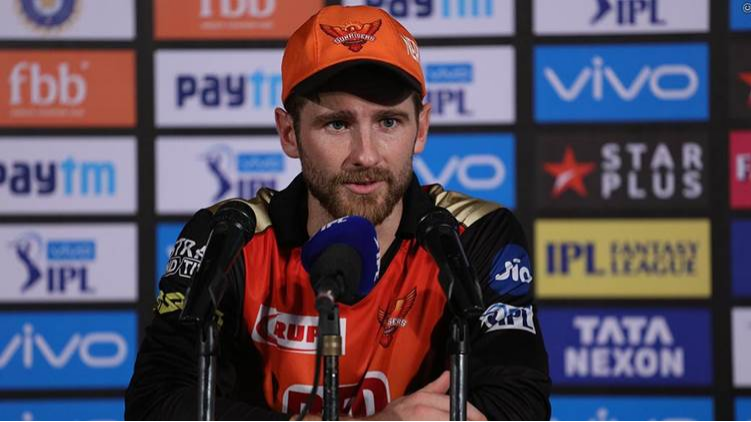