All the major stats from the second day of Second Test between India and West Indies in Hyderabad. 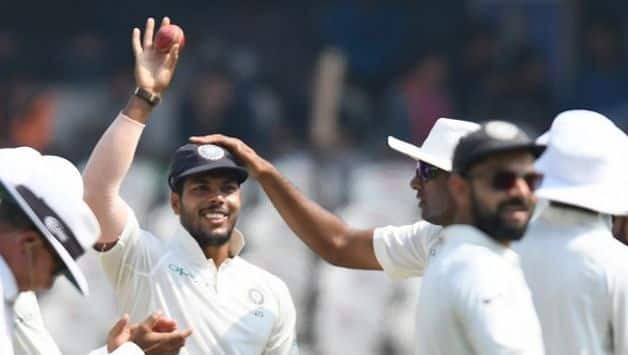 Ajinkya Rahane and Rishabh Pant's 146-run unbeaten stand for the fifth wicket put India in a good position against West Indies in Hyderabad Test as they finished on 308/4 on day two and were trailing by three runs. Earlier in morning session Umesh Yadav knocked out the remaining three Windies batsmen and finished with career-best bowling figures of 6/88 and for West Indies Roston Chase also completed his fourth Test ton.

Then in reply, Prithvi Shaw gave India a flying start as he scored 70 runs off just 53 balls. In the second session Windies made a great come back and sent Virat Kohli, Prithvi Shaw and Pujara back to pavilion and reduced India to 162/4 but Ajinkya Rahane and Rishabh Pant's unbeaten partnership pulled things back for India and made it India's day in the final session.

All the major stats from the second day of Second Test between India and West Indies in Hyderabad :

Most consecutive innings between two five-fers for India in Tests -

4233 - Runs scored by Virat Kohli in Test cricket as captain - the most by any Asia captain in Test cricket. He went past Misbah ul Haq (4214) during his 45 runs knock.

Most Test runs by Asian captain -