England's ODI series in South Africa was called off after rising COVID-19 scare among both sides. 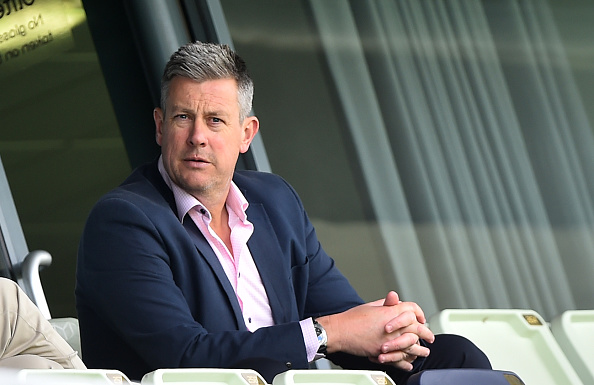 The ODI series between South Africa and England was postponed on Monday (December 7) after doubts emerged over the safety of the bio-bubble employed for the fixtures amid COVID-19 pandemic and led to growing anxiety within the players, said Ashley Giles, the tourists' director of cricket.

As many as five Coronavirus positive cases were confirmed within the bubble over the recent days. The news of a South African player contracting the virus led to the last Friday's scheduled first one-dayer getting called off and then on Saturday (December 5) two hotel staff members at the Vineyard Hotel in Cape Town also turned out positive.

Read Also: "A grim reminder of the times we live in", Harsha Bhogle reacts to ODI series suspension

Subsequently, a round of tests followed for the English team and two of the tourists returned "unconfirmed" positive tests on Sunday, which resulted in another suspension for the already rearranged first ODI.

An independent verification of the two unconfirmed positive tests is yet unfinished, but Giles said in such circumstances, it was nearly impossible for the players to be mentally ready for two proposed successive 50-over outings on Tuesday and Wednesday. Hence, the series has been postponed for good.

"It came down to well-being," Giles was quoted as saying by Cricbuzz. "I don't think it's the last three weeks, it could be the last eight or nine months. These guys have been living in bubbles for long periods and their mental health is the absolute priority for us. Clearly this was a situation for all of us in the bubble. Not just players but management and the South African players and management."

"We felt trying to squeeze two games into two days here when this had been going on in the background was going to be particularly difficult and we're better off calling it and looking to re-arrange these fixtures at a better time."

The bio-bubble put in place by Cricket South Africa (CSA) for this series didn't quite meet England's expectations, added Giles, who, however, wasn't drawn into the specific details of the issue.

Three members of the Proteas squad have tested positive since the Englishmen arrived, with Cricbuzz reporting that the tourists were surprised at how quickly those who tested positive and also the ones in their close vicinity were allowed to come out of isolation.

"We were coming into a bio-secure environment and from very early on it appeared it wasn't bio-secure," said Giles. "That raised the levels of anxiety. I think the South African doctor said he could understand our nervousness because of that. And he was right. There's clearly concern when infection springs up in what is supposed to be a bio-secure environment."

"It wasn't just one case in the hotel. There were a couple of staff members who tested positive and a couple of South African players. That's the bit that really affected our touring group. Perhaps we can't guarantee a place is bio-secure. Maybe that isn't realistic and we have to adapt. But that is the environment we expected when we came here."

There has been no revelation yet as to how exactly did the virus sneaked into the bubble?

"That's for Cricket South Africa to investigate but as far as I'm aware we haven't discovered a Patient Zero or the source of the infection," Giles said.

"But the positive tests of two of the hotel staff, one of whom had close contact with us, took the players anxiety to another level. We make commitments to our players and staff to keep them safe. They are our employees and that's my most important responsibility."

England are expecting the results of the independent tests on unconfirmed positive cases to be clear by Tuesday (December 8). These two unnamed individuals gave rapid tests on Sunday, which did turn out negative, but they "need to get the same result on their latest PCR test to be allowed to travel home with the squad on Thursday," Cricbuzz reported. "If the tests come back positive, both individuals will have to remain in Cape Town for a ten-day stint of isolation."

"I won't be leaving them here," Giles said. "I'll be staying as well. I can't leave those guys behind. Certainly a number of staff will stay and I'll be one of them. We'll probably have some medical cover as well. I believe we'd have to stay in the country for 10 days from the time of the positive test which was two days ago. We're hopeful they're false positives but if that's what has to happen that's what will happen."

"On the back of this an important part of it will be mental health screening. Covid has taught us we need to be agile and learn to adapt. Even in these next three days we need to keep a close eye on our people. We have asked them to be extremely careful and many will stay in their rooms until we fly home." 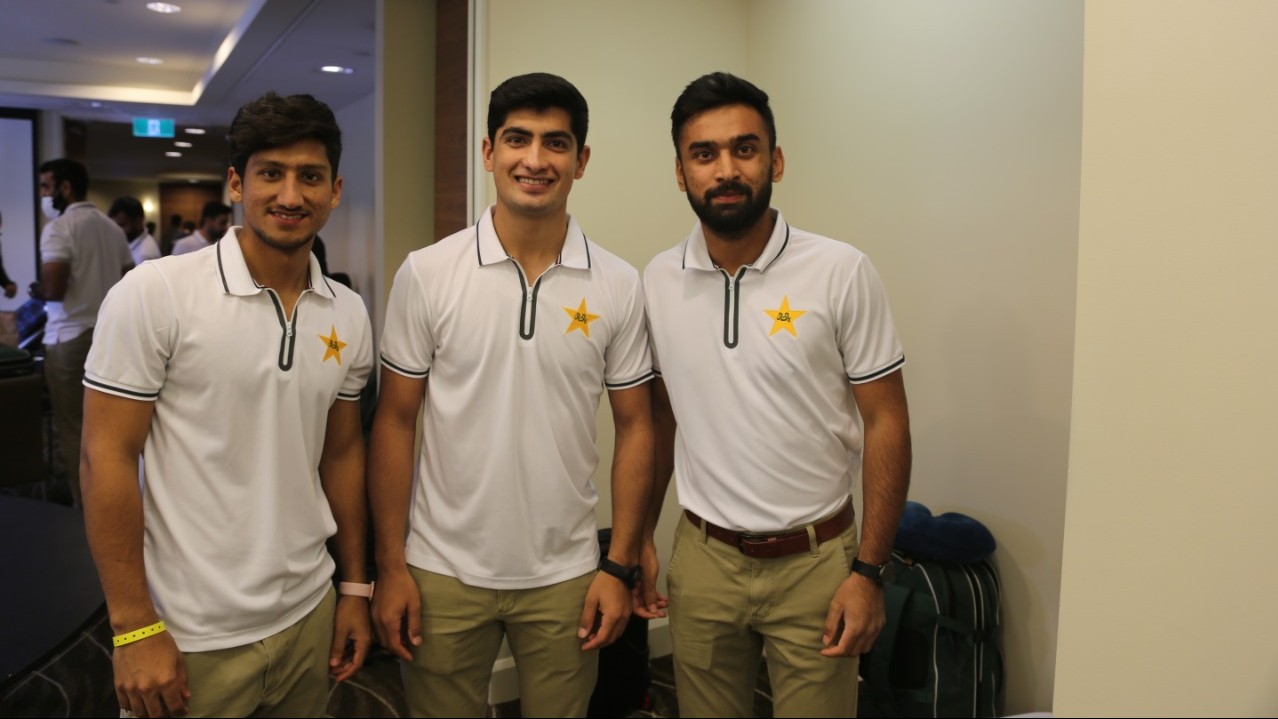 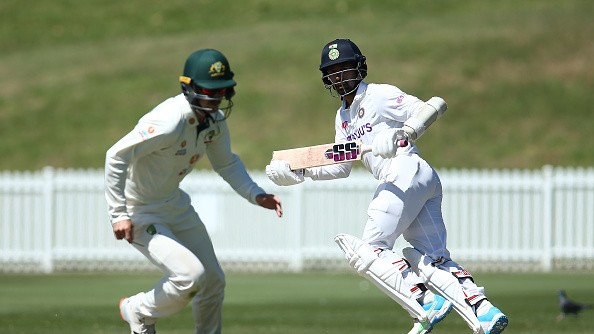 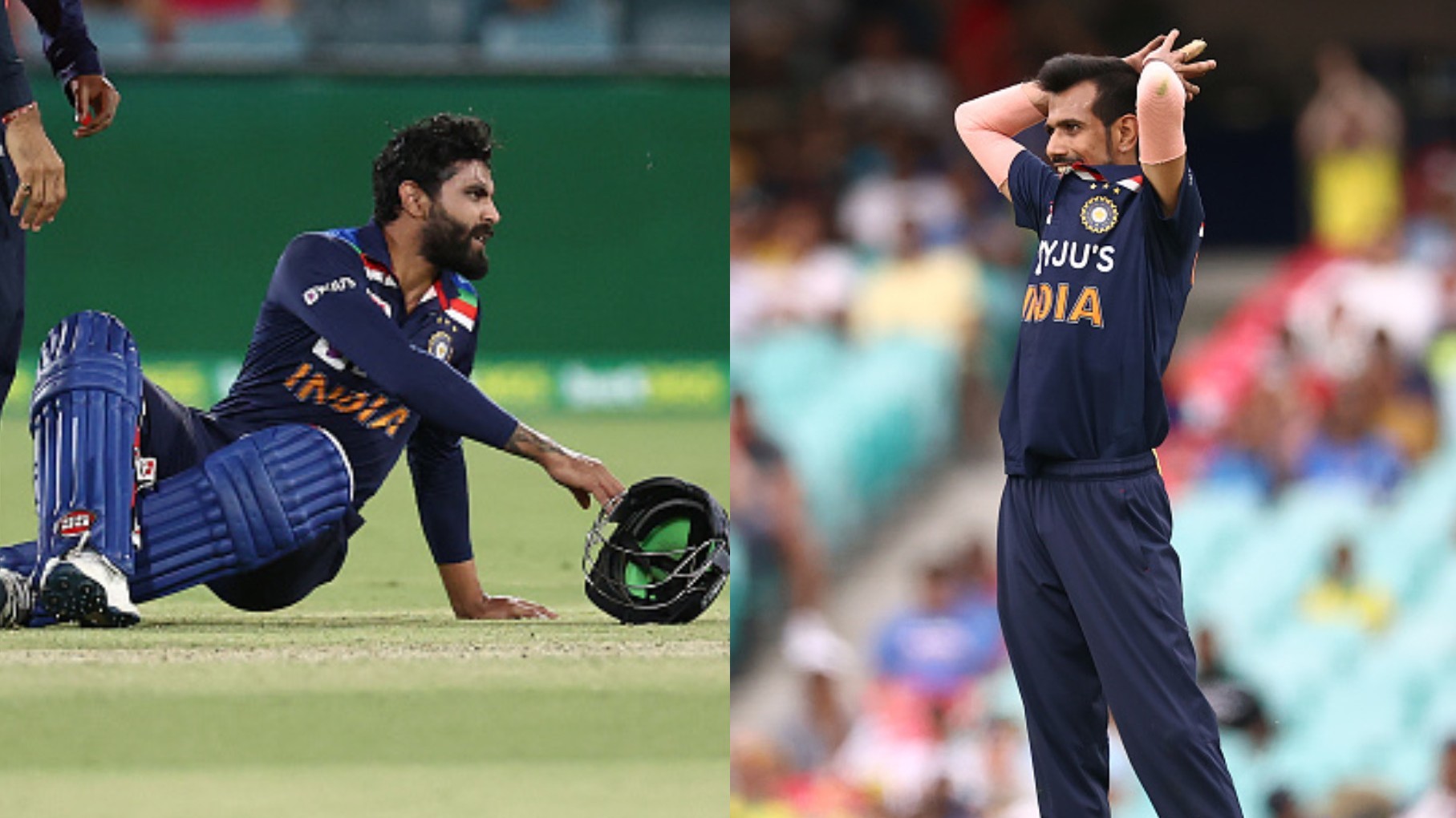